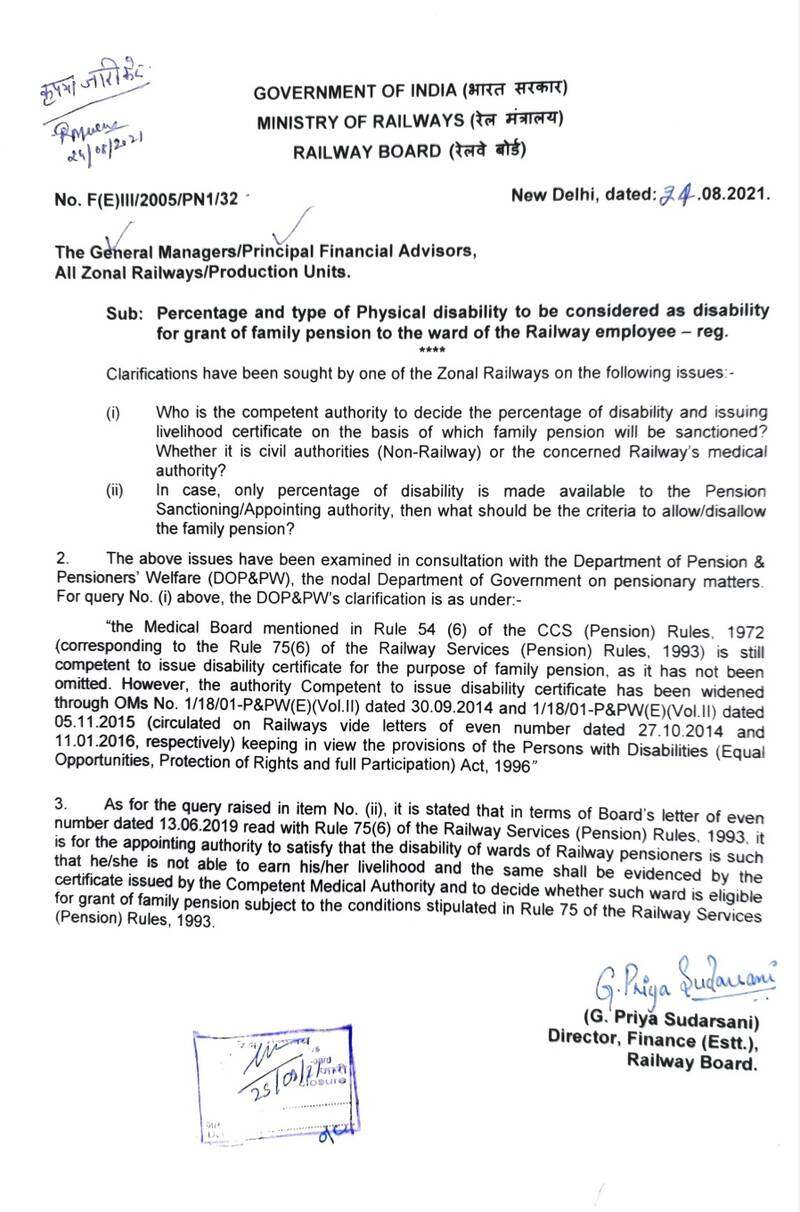 Sub: Percentage and type of Physical disability to be considered as disability for grant of family pension to the ward of the Railway employee — reg.

Clarifications have been sought by one of the Zonal Railways on the following issues: –

(i) Who is the competent authority to decide the percentage of disability and issuing livelihood certificate on the basis of which family pension will be sanctioned” Whether it is civil authorities (Non-Railway) or the concerned Railway’s medical authority?

(ii) In case, only percentage of disability is made available to the Pension Sanctioning/Appointing authority, then what should be the criteria to allow/disallow the family pension?

2. The above issues have been examined in consultation with the Department of Pension & Pensioners’ Welfare (DOP&PW), the nodal Department of Government on pensionary matters. For query No. (i) above, the DOP&PW’s clarification is as under:-

3. As for the query raised in item No. (ii), it is Stated that in terms of Board’s letter of even number dated 13.06.2019 read with Rule 75(6) of the Railway Services (Pension) Rules. 1993. it is tor the appointing authority to satisfy that the disability of wards of Railway pensioners is such that he/she is not able to earn his/her livelihood and the same shall be evidenced by the certificate issue by the Competent Medical Authority and to decide whether such ward is eligible for grant of family pension subject to the conditions stipulated in Rule 75 of the Railway Services (Pension) Rules. 1993 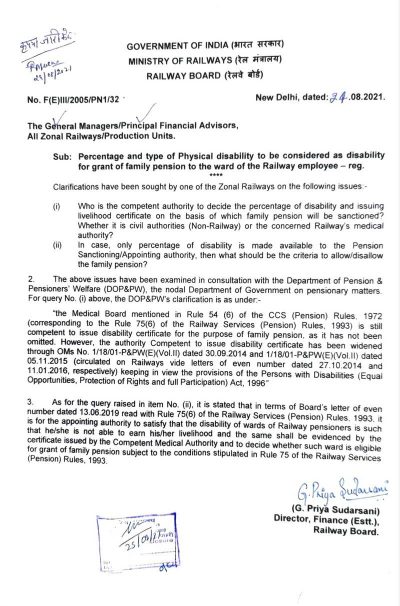 Loading...
Newer Post
Revised rates of Dearness Allowance for Railway Employees retired during from Jan 2020 to Jun 2021: RBE No. 67/2021
Older Post
Deduction of Income Tax at Source for the AY-2022-23 – Exercise of option reg