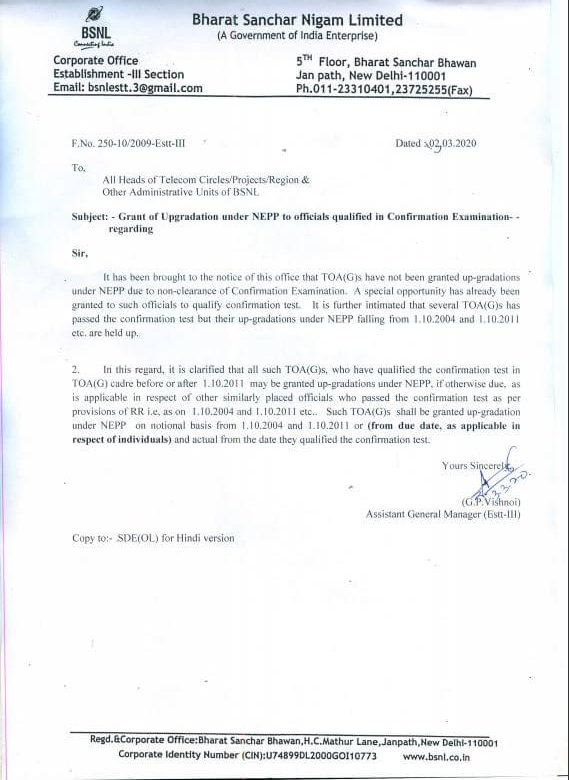 Grant of Upgradation under NEPP to officials qualified in Confirmation Examination: BSNL Order

Grant of Upgradation under NEPP to officials qualified in Confirmation Examination

To,
All Heads of Telecom Circles/Projects/Region &
Other Administrative Units of BSNL

Subject: – Grant of Upgradation under NEPP to officials qualified in Confirmation Examination- regarding

Sir,
It has been brought to the notice of this office that TOA(G)s have not been granted up-gradations under NEPP due to non-clearance of Confirmation Examination. A special opportunity has already been granted to such officials to qualify confirmation test. It is further intimated that several TOA(G)s has passed the confirmation test but their up-gradations under NEPP falling from 1.10.2004 and 1.10.2011 etc. are held up. 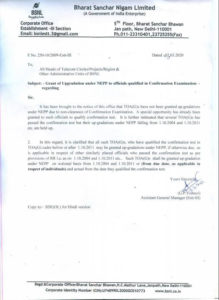