Release of additional installment of Dearness Allowance to Central Government employees and Dearness Relief to Pensioners, due from 1.1.2015

The Union Cabinet chaired by the Prime Minister, Shri Narendra Modi, today gave its approval to release an additional installment of Dearness Allowance (DA) to Central Government employees and Dearness Relief (DR) to pensioners with effect from 01.01.2015 at the rate of six percent increase over the existing rate of 107 percent. 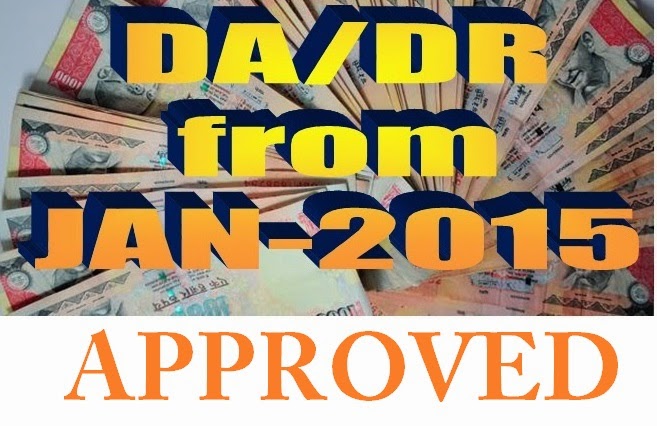 Hence, Central Government employees as well as pensioners are entitled for DA/DR at the rate of 113 percent of the basic pay with effect from 01.01.2015. The increase is in accordance with the accepted formula based on the recommendations of the 6th Central Pay Commission.

AKT/NT/SH
Stay connected with us via Facebook, Google+ or Email Subscription.