The basic salary is expected to be increased to 15 thousand

The central government’s personnel is not likely to get a big gift from the Seventh Pay Commission. According to sources, the average increase in wages is likely to be between 15-20 percent. While the good news is that the minimum basic salary is expected to be increased to 15 thousand. Central Pay Commission personnel can determine the maximum term of 33 years. It could be a losing proposition for personnel.
According to highly placed sources Pay Commission completed the process of consultations with the stakeholders and is now trying to finalize its recommendations. Within the next two months, the Commission will submit its report to the government. India trusted the three issues have been reported on the Pay Commission has almost finished its opinion.

Between 15-20 percent the average salary increase

Pay Commission’s first attempt is that the average wage increase should be limited to between 15-20 percent. If you look at the SPC, the average salary increase was 60-70 per cent. But the seventh pay commission believes that the Sixth Pay Commission recommendations received after the spectacular rise of the increase is unlikely to be.

Secondly, it is going to pay the Commission a significant recommendation that the maximum period of service of public employees 33 years may be prescribed. Means a personnel official in 20 years to find a job, he will be retired in 53 years. For others, retirement age remains 60 years. Although most memorandum to the Pay Commission has been seeking to increase the retirement age. Personnel want the retirement age to 62 years. 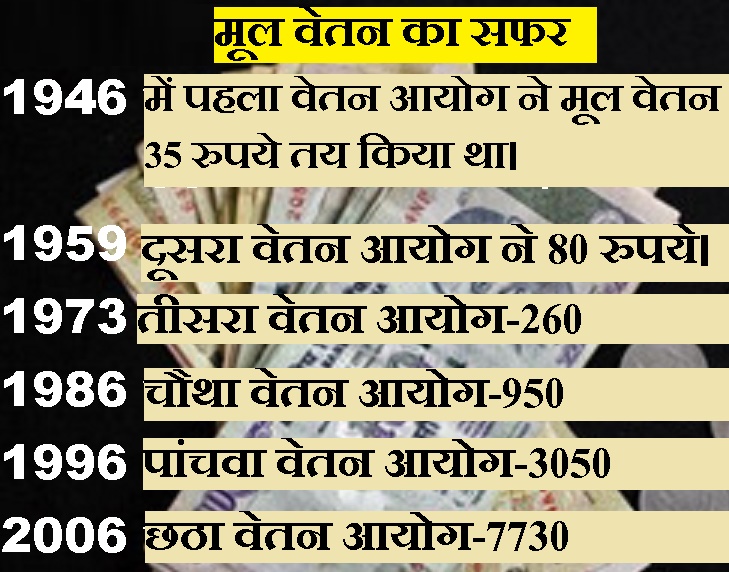