7th Pay Commission award around September-October is not true, will be in July: The Sen Times 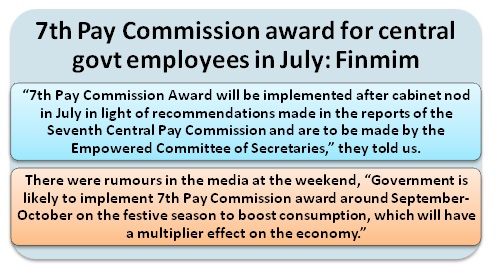 Read at: The Sen Times

Loading...
Newer Post
Changes in National Pension System (NPS)/New Pension Scheme:
Older Post
Implementation of 7th Pay Commission would be after approval of the Cabinet on completion of screening by panel of Secretaries – Govt reply in Rajya Sabha