Sub: Implementation of recommendation of 7th CPC – Fixation of Pay and payment of arrears in respect of (a) Autonomous Organisations (b) Central Government Employees who are working in Autonomous bodies on deemed deputation : reg

May I write the following for your kind consideration and necessary action. Recently Government of India have revised the pay of central Government Employees and issued necessary orders citing recommendation to be implemented on 25th July 2016.
I am given to understand that the usual practice is to implement the pay benefits to the employees working in Autonomous Organisations, such as Sree Chitra Tirunal Institute of Medical Sciences and Technology and to the Central Government Employees who are working in Autonomous bodies on deputation.
The disbursal of bonus to Group B, C and D employees are also awaited.
Since the above mentioned employees are awaiting formal orders from the Government, may I request your good-self to look into the matter and do the needful.
Yours faithfully,
sd/-
Dr. A. SAMPATH. M P 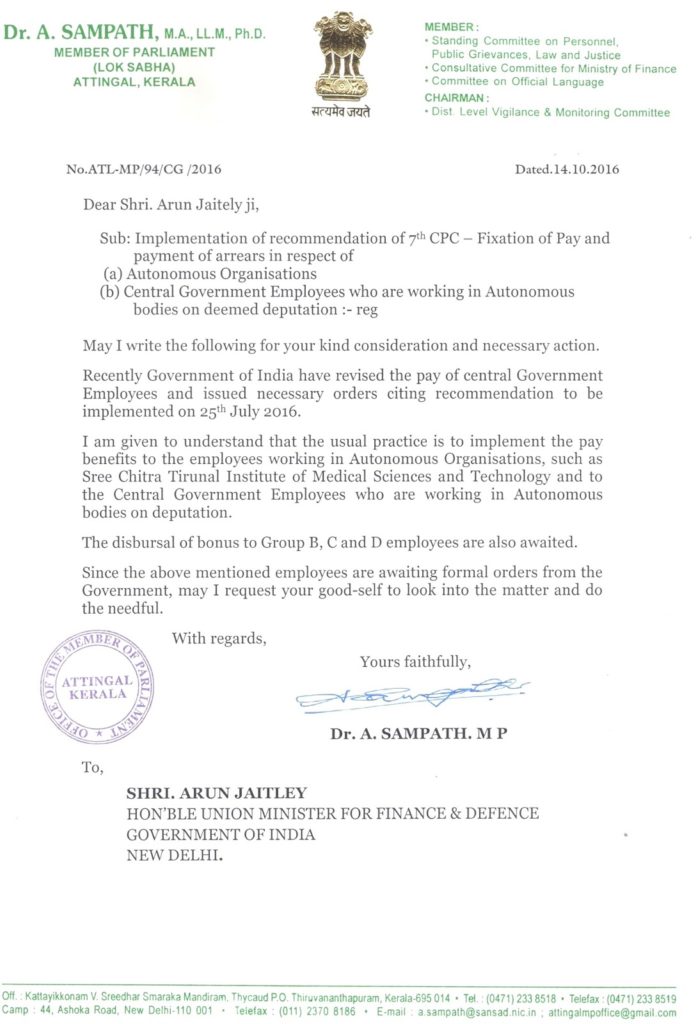