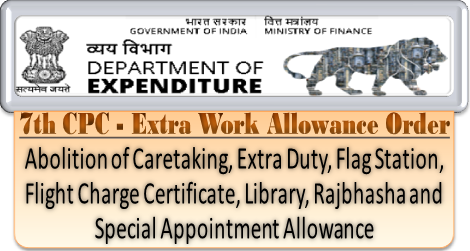 3. Accordingly, the above allowances shall stand abolished and the President is pleased to decide that the eligible employees shall now be covered under a new Extra Work Allowance which shall be governed as under:

a) Extra Work Allowance will be paid at a uniform rate of 2% (two percent) of the basic pay per month.

b) An employee shall receive this allowance for a maximum period of one year, and there should be minimum gap of one year before the same employee is deployed for similar duties again.

c) This allowance shall not be combined i.e. if the same employee is performing two or more such duties and is eligible for 2% (two percent) allowance for each add-on, then the total Extra Work Allowance payabale will remain capped at 2% (two percent) of basic pay.

6. In so far as persons serving in the Indian Audit & Accounts Department are concerned, these orders issues after consultation with the Comptroller & Auditor General of India.

Joint Secretary to the Government of India 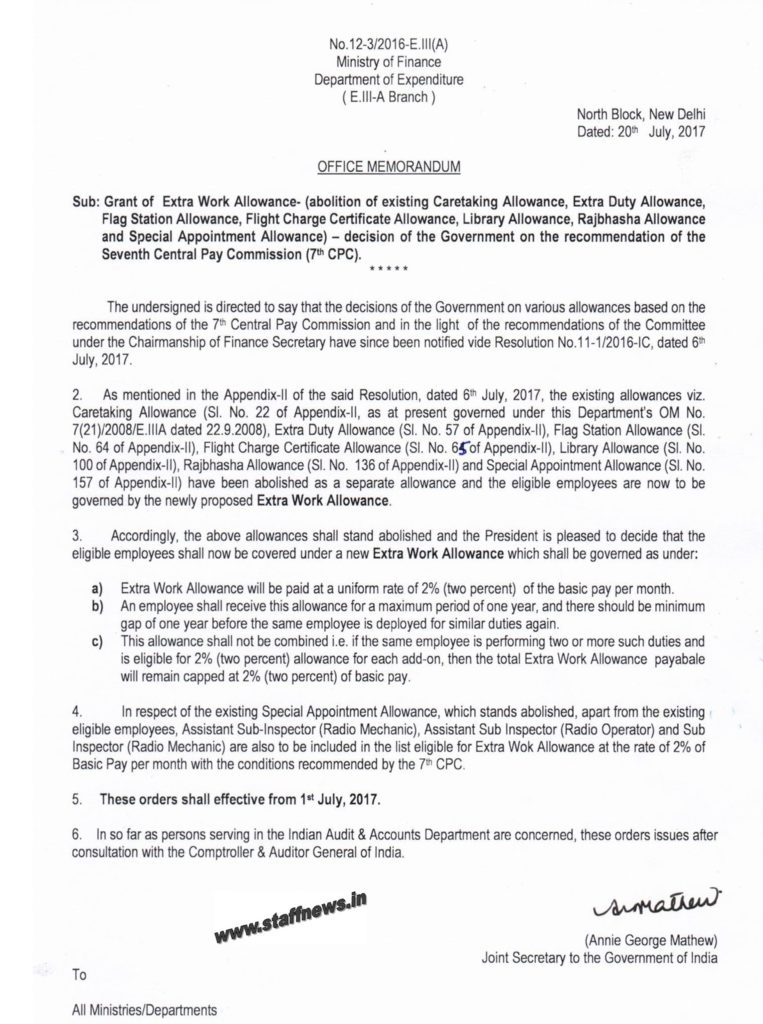