Attention is hereby invited to this Office OM of even number dated 23 rd February, 2017 on the subject cited above vide which the pay
details of Shri Babu Balram Jee, AAO, CPWD, lBBZ-l, Malda M/o Urban Development were made available so that
benefit of  bunching may be extended to eligible AAOs in adherence to the Department of  Expenditure OM No. 1-6/2016-IC dated 7th September, 2016.


Accordingly, clarifications sought in this regard from various accounting
units of  Ministries/Departments concerned may be treated as disposed of.
This issues with the approval of the competent authority.
Encl: As above.
(S. K. Gupta)
Sr. Accounts Officer
To
1. All Pr. CCAs/CCAs/CAs of the Ministries/ Departments concerned
2. The Dy. Controller General of Accounts (Admn.), O/o CGA, New Delhi.
3. ITD Section is requested to upload the aforesaid OM. on the official
website of the CGA.
****** 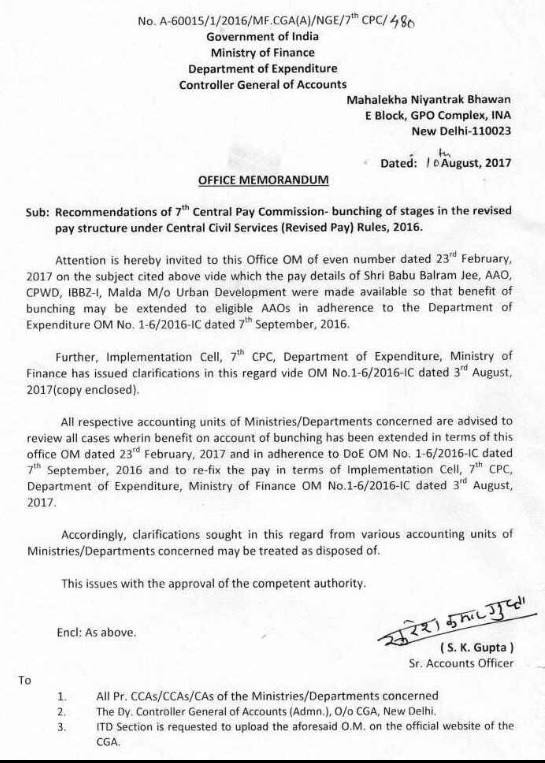