Kiran Kumari 0 April 16, 2018 2:30 am
No proposal is under consideration to abolish system of Pay Commission in future : said MoF in Loksabha

GOVERNMENT OF INDIA
MINISTRY OF FINANCE
LOK SABHA
STARRED QUESTION NO: 568
ANSWERED ON: 06.04.2018

Question
*568. JOSE K. MANI
Will the Minister of FINANCE be pleased to state:-

MINISTER OF STATE IN THE MINISTRY OF FINANCE (SHRI P. RADHAKRISHNAN) 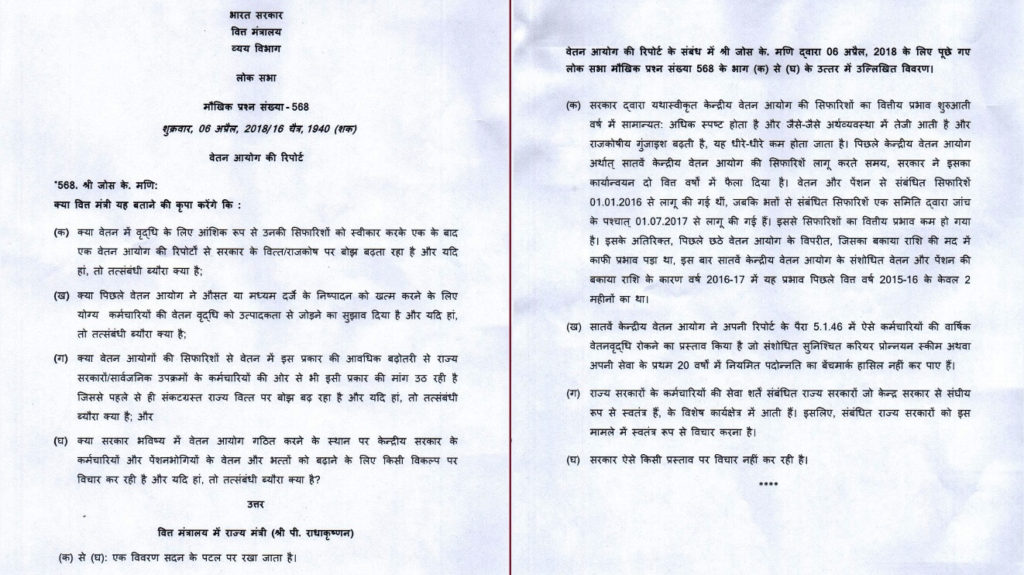