Subject:- Admissibility of Nursing Allowance during absence of more than 30 days.

References have been received in this Department seeking clarification regarding admissibility of Nursing Allowance to Nursing personnel working in various hospitals and institutions during absence of full calendar month(s) due to leave, training, tour etc.
2. The matter has been considered in this Department. It has been decided that Nursing Allowance will be admissible to Nursing personnel during absence of more than 30 days due to leave, training, tour etc., however, duration of such leave will be restricted to maximum 60 days. Beyond 60 days leave/ absence, the Nursing Allowance will not be admissible.
3. This is issued with the approval of Secretary (Exp.).
(Nirmala Dev)
Deputy Secretary to the Government of India 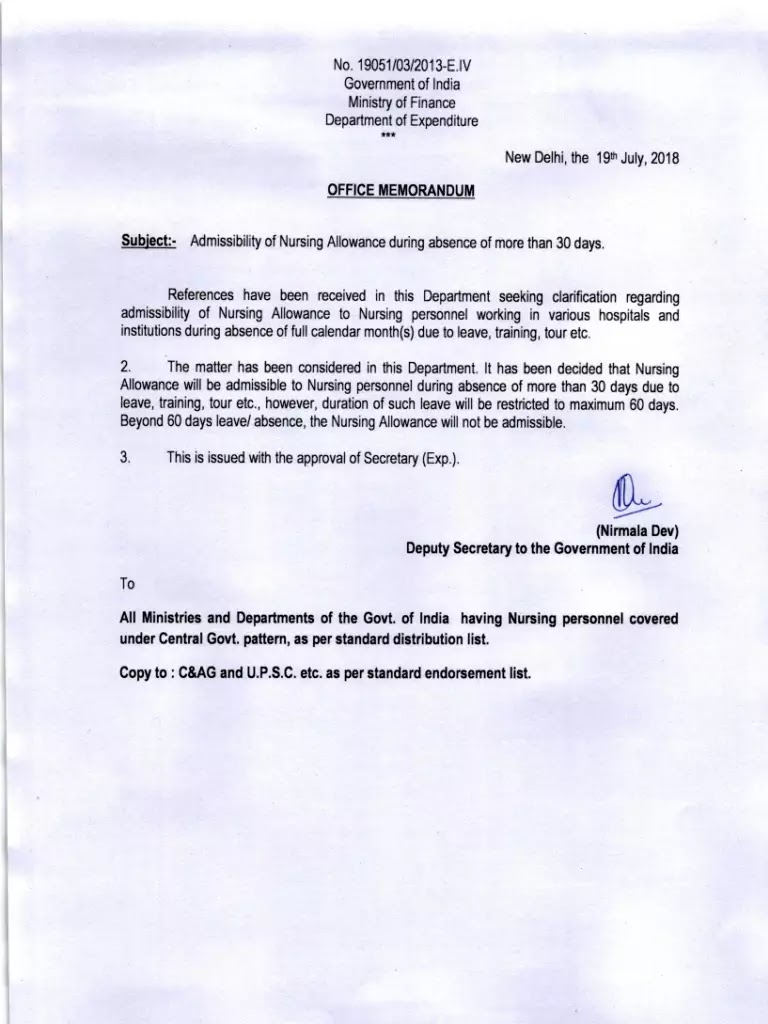