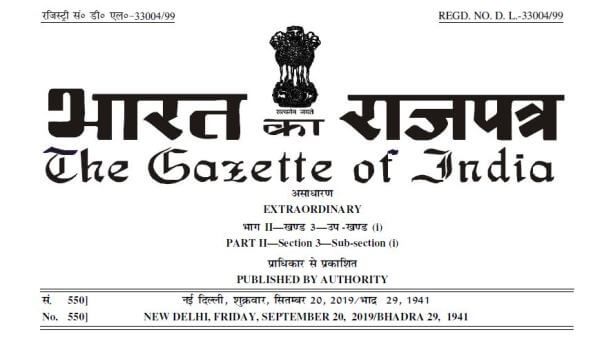 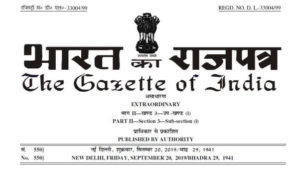 G.S.R. 673(E).— In exercise of the powers conferred by the proviso to article 309 and clause (5) of article 148 of the Constitution and after consultation with the Comptroller and Auditor-General of India in relation to persons serving in the Indian Audit and Accounts Department, the President hereby makes the following rules further to amend the Central Civil Services (Pension) Rules, 1972, namely:-

(A) in clause (a), in sub–clause (i), the words “after having rendered not less than seven years’ continuous service” shall be omitted;

(B) in clause (b), in sub-clause (i), the words “after having rendered not less than seven years’ continuous service”shall be omitted;

(b) after sub-rule (3), the following sub-rule shall be inserted, namely: –

“(3A) Where of a Government servant who died within ten years before the 1st day of October, 2019, without completing, continuous service of seven years, his family shall be eligible for family pension at enhanced rates in accordance with sub-rule (3) with effect from the 1st day of October, 2019, subject to fulfilment of other conditions for grant of family pension.”;

(ii) in rule 79, for clauses (a) and (b), the following clauses shall be substituted, namely:-

“(a) For the purpose of Family Pension, 1964, if the family of the deceased Government servant has become eligible for family pension in accordance with sub-rule (2) of rule 54, the amount of family pension and the period for which it is payable shall be determined in accordance with sub-rule (3) of rule 54 within one month from the date of receipt of intimation of the date of death of the Government servant.

(b) For the purpose of death gratuity ,–

(i) If the entire service rendered by the deceased Government servant is not capable of being verified and accepted, the amount of death gratuity shall be provisionally determined in accordance with clause (b) of sub-rule (1) of rule 50 on the basis of the length of qualifying service which is verified and accepted immediately preceding the date of death of the Government servant and the amount of death gratuity, so determined shall be authorised to the beneficiaries on provisional basis within one month from the date of receipt of intimation of date of death of the Government servant.

(iii) for Form 18, the following Form shall be substituted, namely:-

5.  Service in autonomous body/State Government, if any particulars of service:

10.  Details of the nominee(s) to whom death gratuity is payable:

11.  Details of guardian/nominee who will receive payment of death gratuity in the case of minor/mentally disabled children

12.  Details of payment of family pension

13.  Persons to whom family pension is payable

14.  Details of guardian who will receive payment of family pension in the case of minor/ mentally disabled children

Sub-rule (3A) of rule 54, inter alia, provide for payment of family pension to the family of a Government servant who died within ten years before the 1st day of October, 2019 without completing continuous service of seven years. It is certified that none will be adversely affected by giving retrospective effect to the amendment.

Note :  The principal rules were published in the Gazette of India, Part II, Section 3, Sub-section (i) vide number S.O. 934, dated the 1st April, 1972. The fourth edition of the rules corrected up to July, 1988 was published in the year of 1988. The said rules were subsequently amended vide the following notifications, namely:-