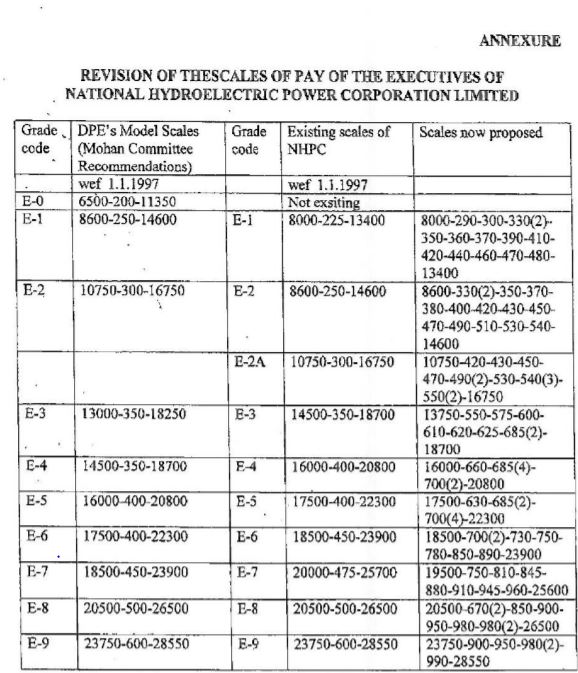 GOVERNMENT OF INDIA
MINISTRY OF POWER

Will the Minister of POWER be pleased to state:

(a) whether there are anomalies in the implementation of pay scale of Executives and Supervisors in National Hydroelectric Power Corporation (NHPC) under the Ministry w.e.f. 01.01.1997;

(b) if so, the details thereof and the reasons there for along with the redressal thereof; and

(c) the remedial measures being taken by the Government to remove the said anomalies?

(a) to (c)  Government has approved the proposal to regularize the pay scales of below Board level Executives in NHPC Ltd. w.e.f 01.01.1997 adopted by them in pursuance of the orders of Ministry of Power dated 04.04.2006 (Annexure-I). NHPC Ltd was accordingly directed to implement the decision vide Ministry of