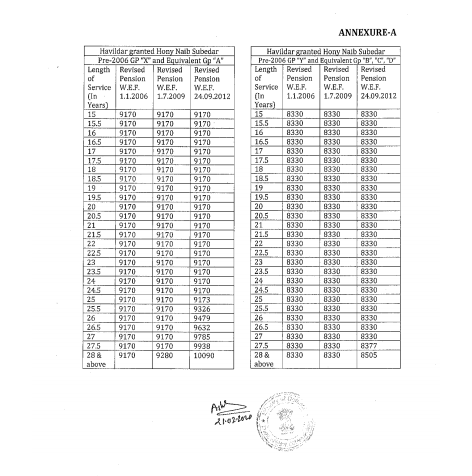 No.  1(13)/2016/ D(Pen/Policy)
Government of India
Ministry of Defence
Department of Ex-Servicemen Welfare

The Chief of the Army Staff

4. All Pension Disbursing Agencies handling disbursement of pension to Defence pensioners are hereby authorized to carry out revision of  service  pension/special pension/invalid pension/service element of disability pension w.e.f. 01.01.2006, 01.07.2009 and 24.09.2012 to the affected pensioners in the category of Pre-01.01.2006 retiree Havildar granted Hony rank of Naib Subedar drawing pension with 15 years or more qualifying service in terms of these orders without calling for any application from the pensioners and without any further authorization from the PCDA (Pension), Allahabad and pay the arrears on account of such revision. If rate of pension mentioned in various orders issued earlier by this Ministry in respect of Hony. Nb Subedar happens to be more beneficial than the rates as per attached tables, then the same will not be revised to the disadvantage of the pensioners.

5. No arrears on account of revision of pension based on notional fixation of pay shall be admissible for the period prior to 01.01.2006.

6. Pension of Hony Nb Subedars who are in receipt of Special Pension, Invalid Pension and Service Element of Disability Pension for less than 15 years of qualifying service would also need to be revised in terms of these orders. However, Pension Disbursing Agencies shall refer such cases to the PCDA (Pension), Allahabad for issuing of Corr. PPO.

7. No commutation of pension will be admissible on additional amount of pension accruing as a result of revision under these orders.

8. Notional fixation of pay in terms of these orders will not affect the entitlement of retirement Gratuity already determined and paid with reference to rules in force at the time of discharge/invalidation.

9. Any over payment of pension coming to the notice or under process of recovery shall be adjusted in full by the Pension Disbursing Agencies against arrears becoming due on revision of pension on the basis of these orders.

10. If a pensioner to whom the benefit accrues under the provisions of this letter has died/ dies before receiving the payment of arrears, the Life Time Arrears of pension (LTA) shall be paid as usual manner.

12. Ministry of Finance, Department of Expenditure has concurred the proposal with following conditions:

(Ashok Kumar)
Under Secretary to the Govt. of India 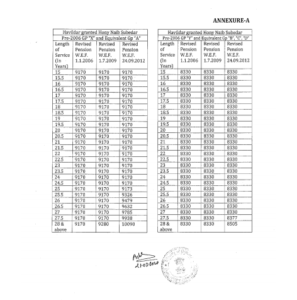 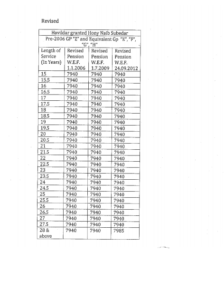