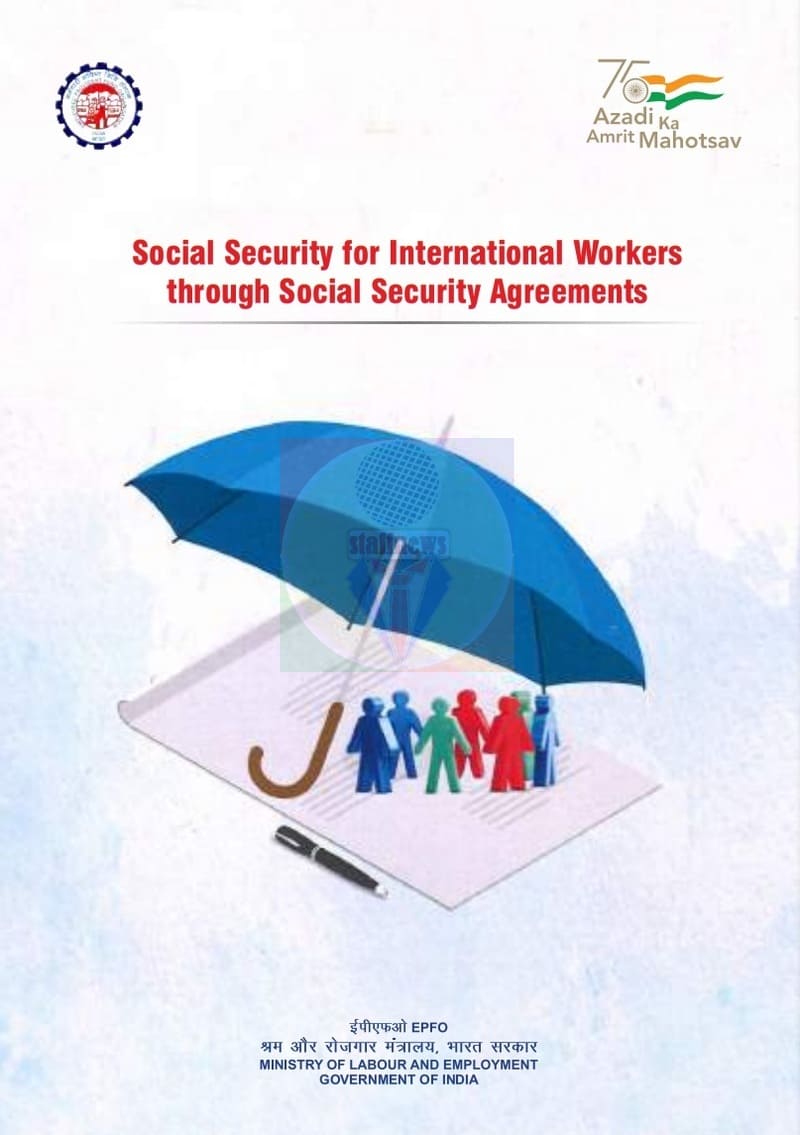 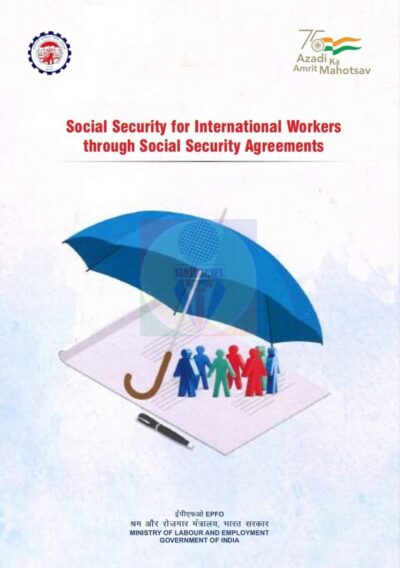 Advent of Globalisation and Economic liberalization, coupled with changing demographic profile of the world has made International migration of labour inevitable. India, with a large pool of young and technically qualified manpower has emerged as a global reservoir of human capital. This has encouraged mobility of skilled workforce from India to other countries.

The contributions made by such migrant professionals during their stay in the host country were lost as the benefits are not payable before expiry of a minimum qualifying period and return of contribution paid in that country is not available in case of return to the home country.

With a view to protect the rights of migrant workers, Government of India decided to enter into bilateral Social Security Agreements (SSAs). A Social Security Agreement (SSA) coordinates the social security schemes of two contracting states in order to ensure continuity of social security coverage and facilitate extension of benefits to migrant workers, on reciprocal basis.

(ii) Totalisation – The period of service rendered in SSA country is counted for determining eligibility for pension. The actual pensionary benefits, however, are payable only for the period of contributory service in India on pro-rata basis.

(iii) Portability – Pension benefits are payable without reduction, direct to the beneficiaries choosing to reside in the home country or in any other country.

(iv) Equality of Treatment– Indian Nationals are to be treated equal to Nationals of the host country with regard to applicability of legislations covered under the SSA.

EPFO has been designated as the Competent Institution/Liaison Agency to operate the provisions of the SSAs and for issuing Certificates of Coverage (COC) to the employees of establishments covered under the EPF Act as well as the employees of other social security providers like the Seamen’s Provident Fund, Banks etc., when they are posted abroad in a country having SSA with India

To implement the provisions of bilateral SSAs, enabling provisions for International Worker (IW) were introduced by inserting Para 83 in the EPF Scheme and Para 43A in Employees’ Pension Scheme and given effect from 1st October, 2008.

The special provisions provide for identification, exclusion, membership and benefits in respect of an International Worker.

An International Worker (IW) may be an Indian worker or a foreign national as defined under paragraph 2(ja) of the Scheme, 1952

The following 20 Social Security Agreements have been signed by India till date. Various benefits available under the SSAs are mentioned in the table below:

For the purpose of compliance, the first step is the identification of all IWs. The IWs include Indians as well as foreigners.

Foreigner IWs: All foreign nationals working in the EPF covered establishments in India are IWs. Although those foreign nationals who come from an SSA country and are carrying a duly issued COC shall be treated as excluded IW and not required to contribute to the EPFO till the current period of the COC.

The contribution in respect of all lWs is payable on full salary, irrespective of the wage ceiling. The definition of Basic Wages in the Act and the EPF Scheme applies to the IWs also, the only difference being that the wage ceiling does not apply to the IWs.

BENEFITS TO IWs UNDER THE SCHEMES ADMINISTERED BY EPFO:

Benefits under the EPF Scheme

1. An IW can avail advances from his EPF Account for various reasons as mentioned under the EPF Scheme.
2. An IW may withdraw, in accordance with para 83, the full amount standing to his credit in the fund in the following circumstances only:

1) On retirement after attaining the age of 58 years
2) Permanent and total incapacity for work, Mental infirmity (includes TB, leprosy and cancer)
3) For members covered under the SSA, on ceasing to be in employment in the EPF covered establishment.

Benefits under the Employees’ Pension Scheme, 1995

1. An IW having service more than 10 years is eligible for pension under EPS.

2. In case of unfortunate event of the death of the IW, the survivors’ including the dependent parents, widow/widower, children as the case may be, are eligible for pension.

3. An IW having service more than 10 years can avail reduced/early pension after attaining the age of 50 years.

4. An IW from country having SSA with India is eligible for withdrawal benefit in case his service after totalisation is less than 10 years.

Benefits under the EDLI Scheme

In case of death in service of the IW, A nominee or legal heir of an active member of EPFO gets a lump sum payment of up to Rs. 7 Lakhs in case of death of the member during the service period.