Ministry of Finance (Department of Economic Affairs) has published a resolution in Gazette of India vide No.F.NO. 5(1)-B(PD)/2011 dated 19-03-2012 regarding Interest Rates on General Provident Fund (GPF) & Similiar funds, which has been revised to 8.6% (eight point six percent) with effect from 1.12.2011

(PUBLISHED IN PART I SECTION 1 OF GAZETTE OF INDIA)
F.NO. 5(1)-B(PD)/2011
Government of India
Ministry of Finance
(Department of Economic Affairs)

The funds concerned are:—

2. Ordered that the Resolution be published in Gazette of India. 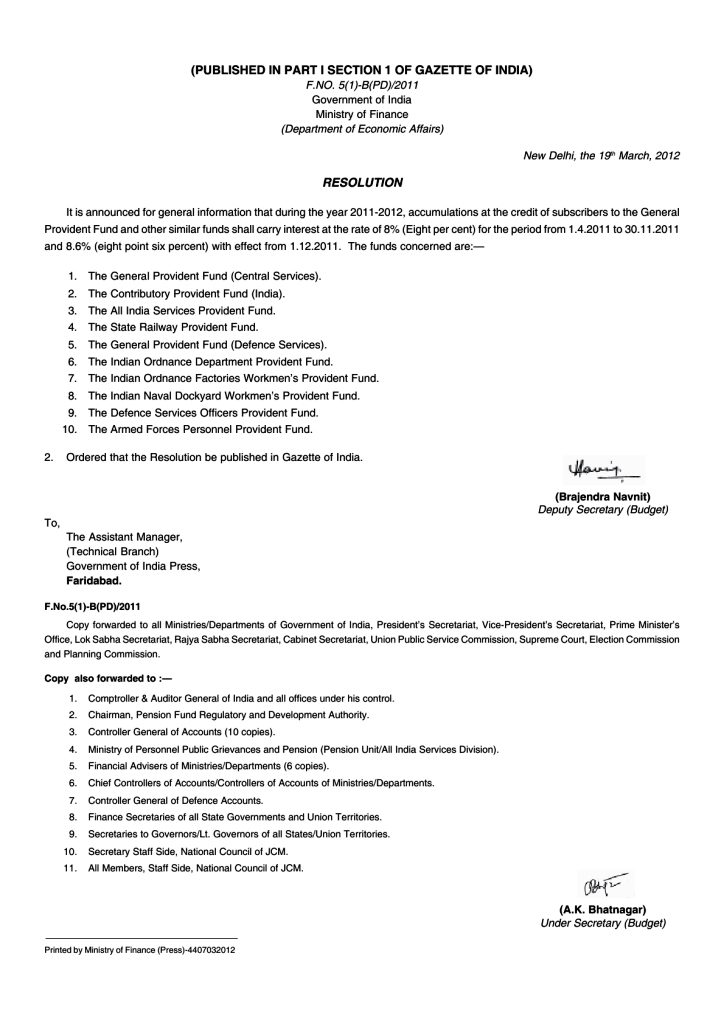 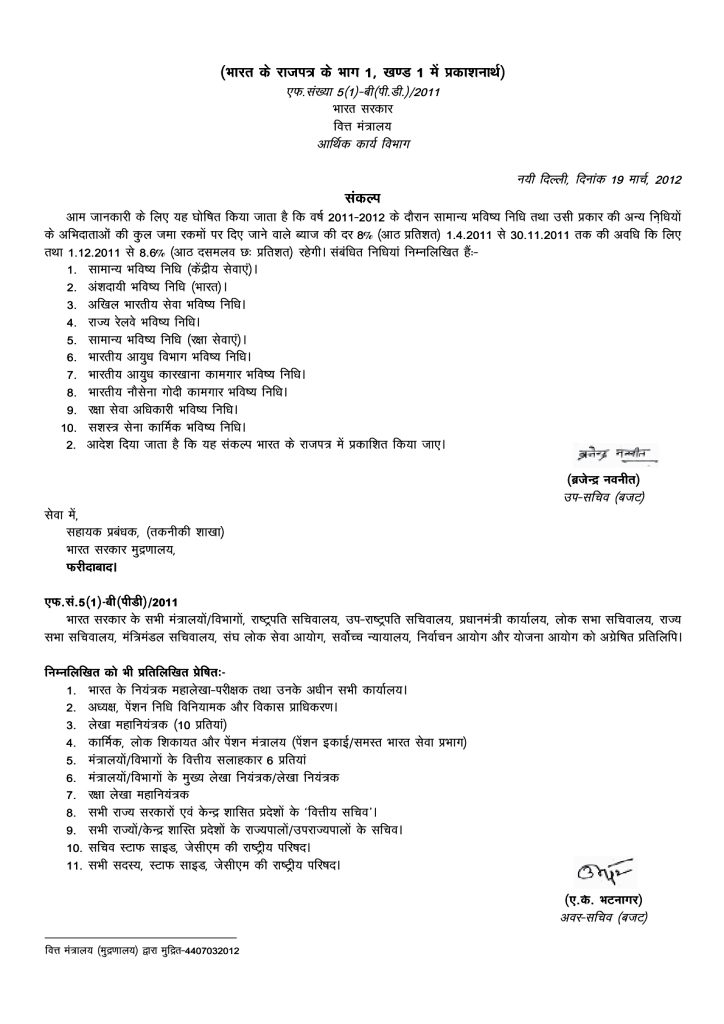