The undersigned is directed to refer to this Ministry’s Office Memorandum No. 1-8/2013-E-II (B) dated 25th September, 2013 on the subject mentioned above and to say that the President is pleased to decide that the Dearness Allowance payable to Central Government employees shall be enhanced from the existing rate of 90 % to 100 % with effect from 1st January, 2014.
2 The provisions contained in paras 3, 4 and 5 of this Ministry’s O.M. No. 1 (3)/2008-E-II(B) dated 29th August, 2008 shall continue to be applicable while regulating Dearness Allowance under these orders.
3 The additional installment of Dearness Allowance payable under these orders shall be paid in cash to all Central Government employees.
4. The Payment of arrears of Dearness Allowance shall not be made before the date of disbursement of Salary of March 2014.
5. These orders shall also apply to the civilian employees paid from the Defence Services Estimates and the expenditure will be chargeable to the relevant head of the Defence Services Estimates. In regard to Armed Forces personnel and Railway employees separate orders will be issued by the Ministry of Defence and Ministry of Railways, respectively.
6. In so far as the persons serving in the Indian Audit and Accounts Department are concerned, these orders issue in consultation with the Comptroller and Auditor General of India.

Sd/-
Under Secretary to the Government of India 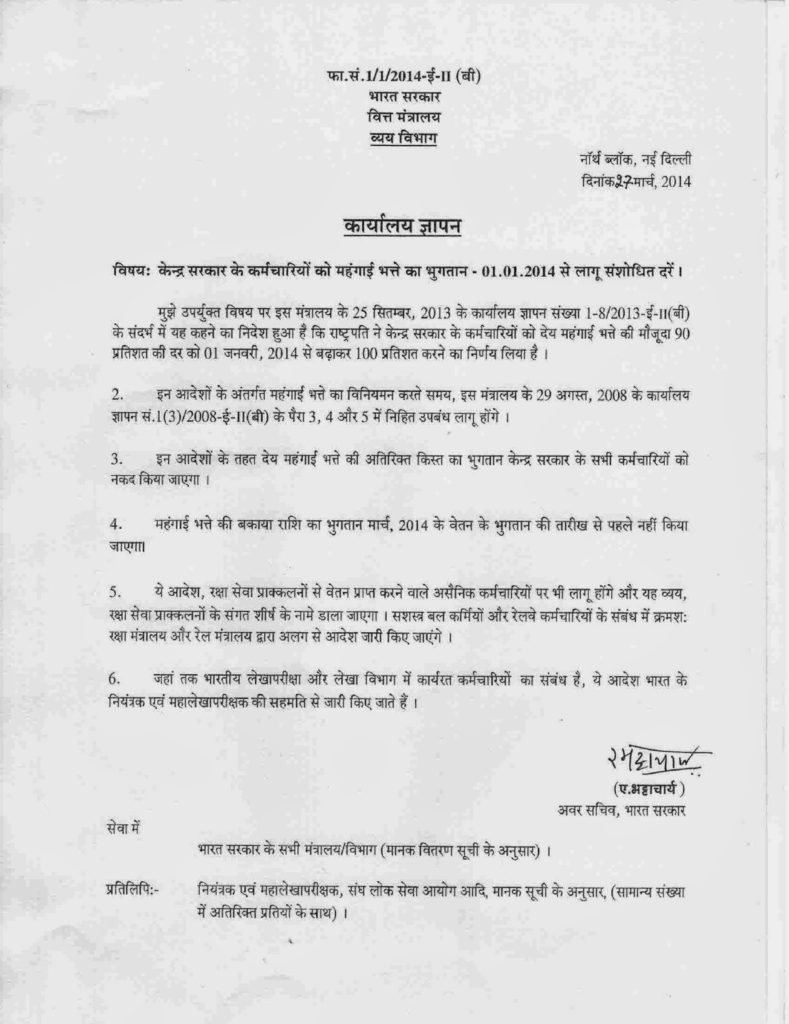 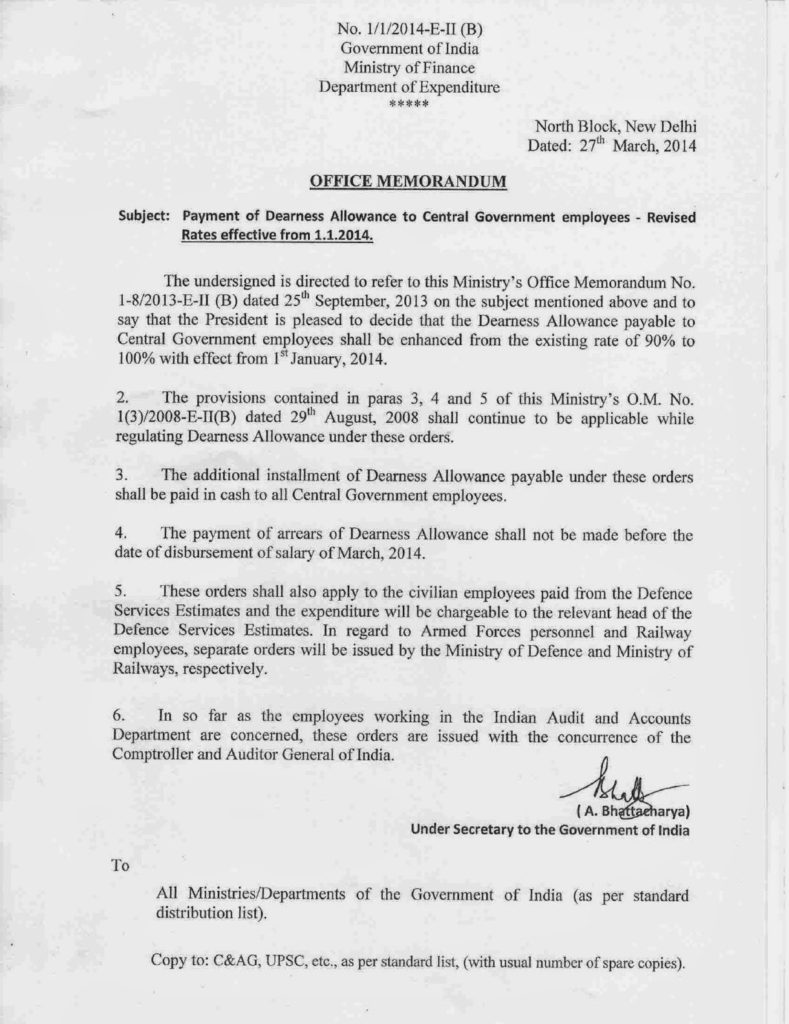