The General Managers/CAOS,
All Indian Railways & Production Units etc.
(As per mailing lists No.1 & 2).

Subject: Payment of Productivity Linked Bonus to all eligible non-gazetted Railway employees for the financial year 2013-2014.

6. This issues with the concurrence of Finance Directorate of the Ministry of Railways. 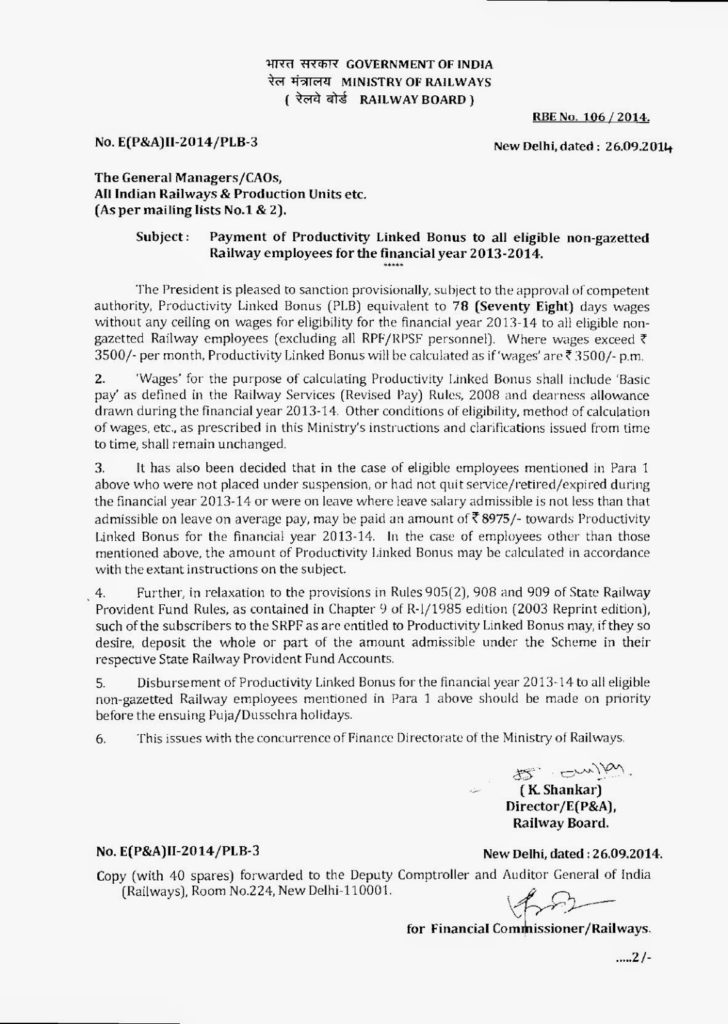 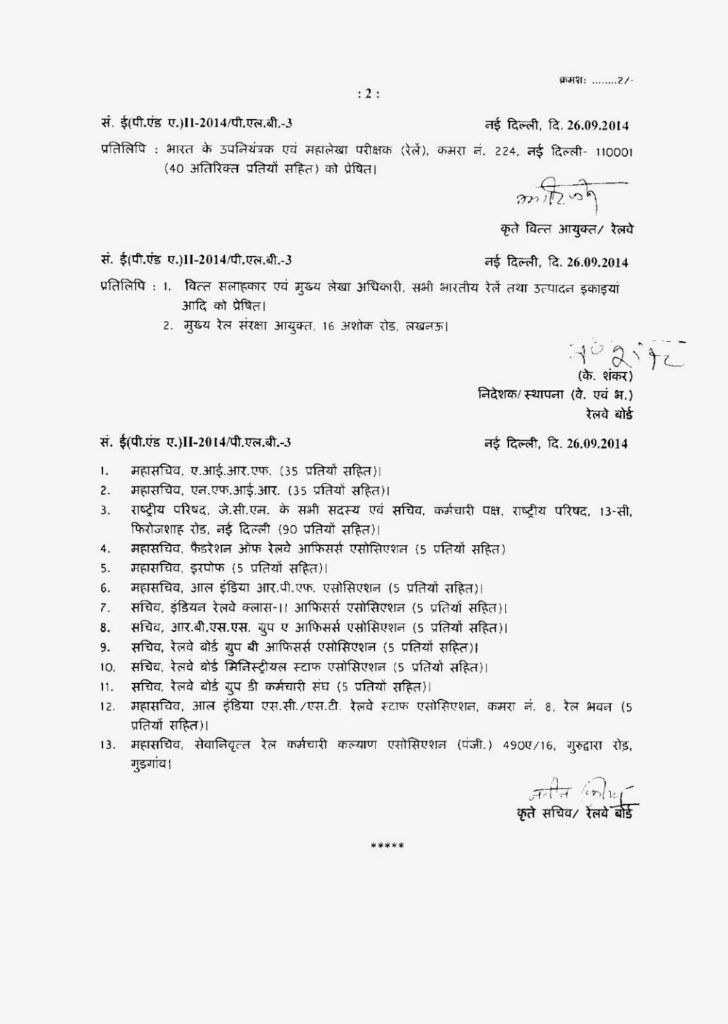