The implementation of Single Window System for reimbursement of Railway pensions disbursed through STATE BANK OF TRAVANCORE was under consideration in Board’s office for some time due to the following advantages.

Advantages to the Zonal Railway:-

Controller General of Accounts (CGA) and Reserve Bank of India (RBI) have since approved the implementation of SWS with STATE BANK OF TRAVAN CORE. It has been decided to implement the scheme w.e.f. 01.07.2015. The main features of the existing system vis a vis SWS are as under:

Further, the following instructions would be adhered to by the bank
The Railways/ Units may ensure implementation of the scheme with STATE BANK OF TRAVAN CORE w.e.f. 01.07.2015. The scheme will be extended to other banks as and when they finalise the modalities and the approval of CGA and RBI is obtained. The feedback on the implementation of the scheme may be provided to Board’s office.
DA: AS above.
(SANJEEV SHARMA)
JOINT DIRECTOR ACCOUNTS
RAILWAY BOARD
Copy for information to:
1. Controller General of Accounts, Ministry of Finance, Department of Expenditure, Lok Nayak Bhawan, Khan Market, New Delhi. The scheme is being implemented w.e.f. 01.07.2015.
2. Chief General Manager, Reserve Bank of India, Department of Government & Bank Accounts, Central Office, Opp. Mumbai Central Railway Station, Byculla, Mumbai 400 008. The scheme is being implemented w.e.f. 01.07.2015.
3. The Chairman & Managing Director, STATE BANK OF TRAVANCORE, Head Office, RE. No. 34, Thiruvananthapuram-695001The scheme is being implemented w.e.f. 01.07.2015. 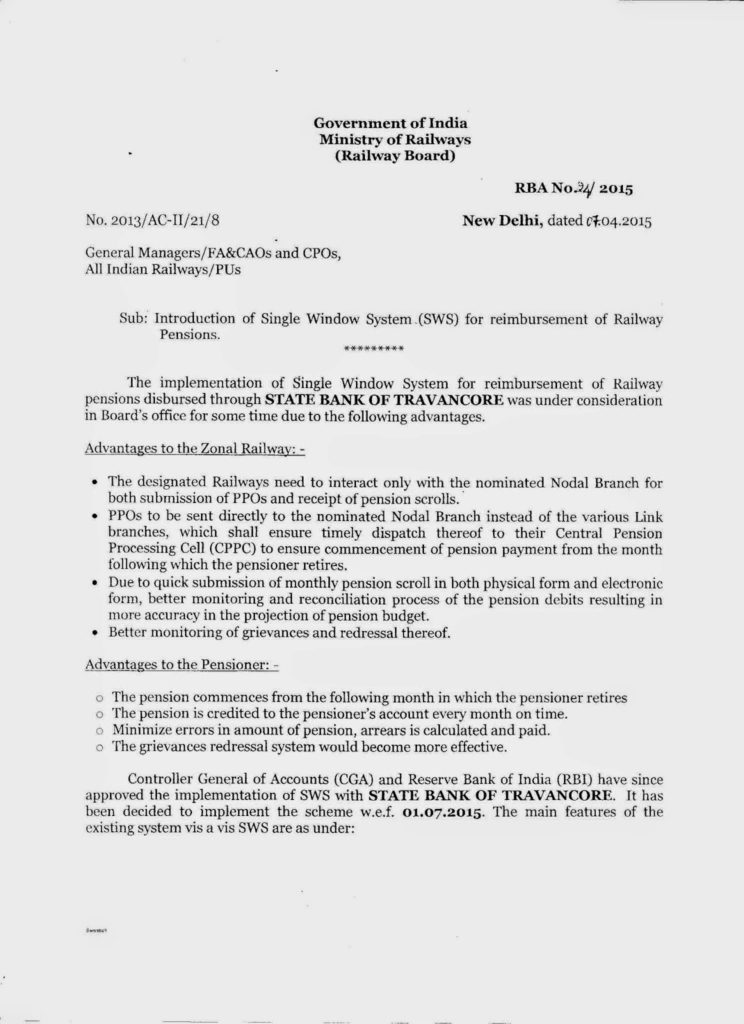 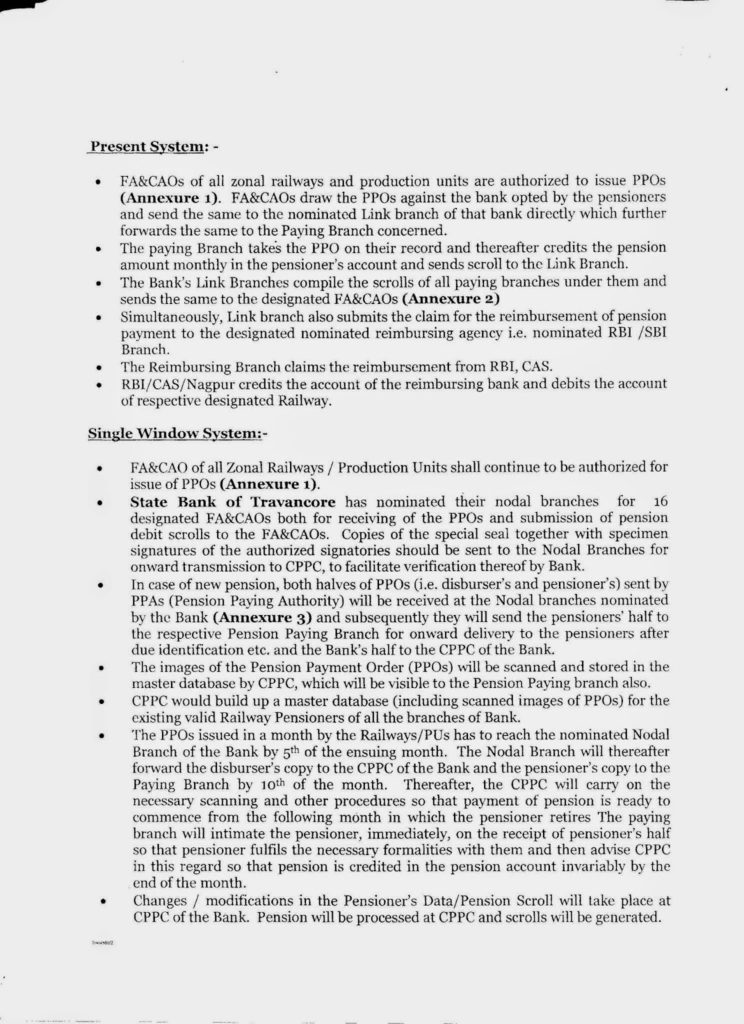 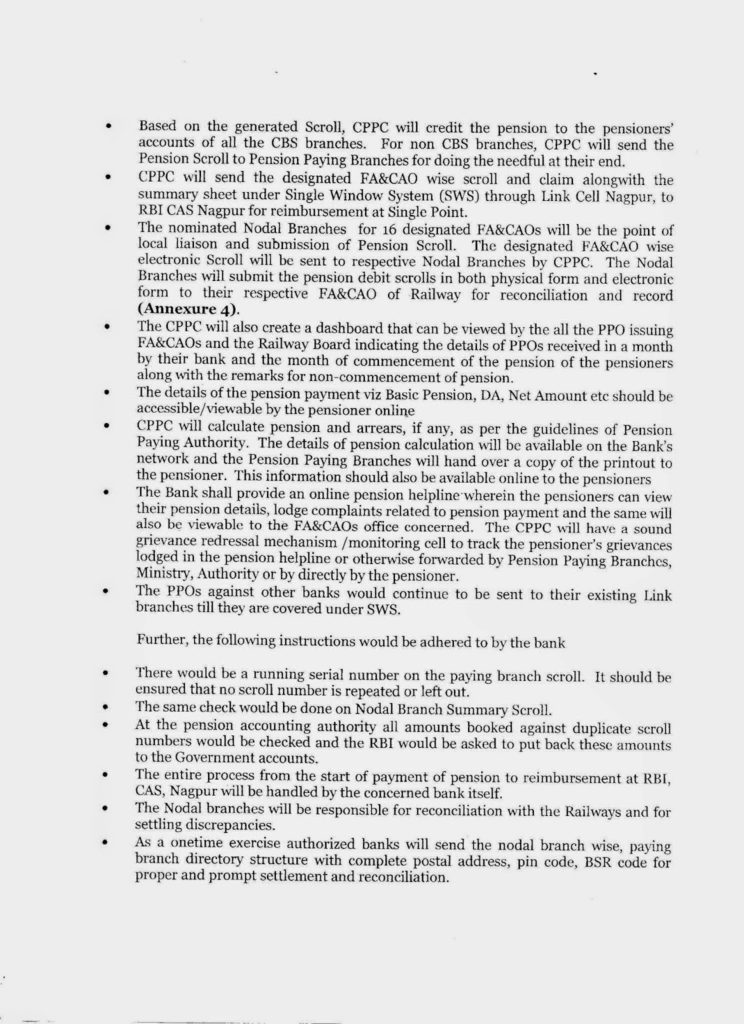 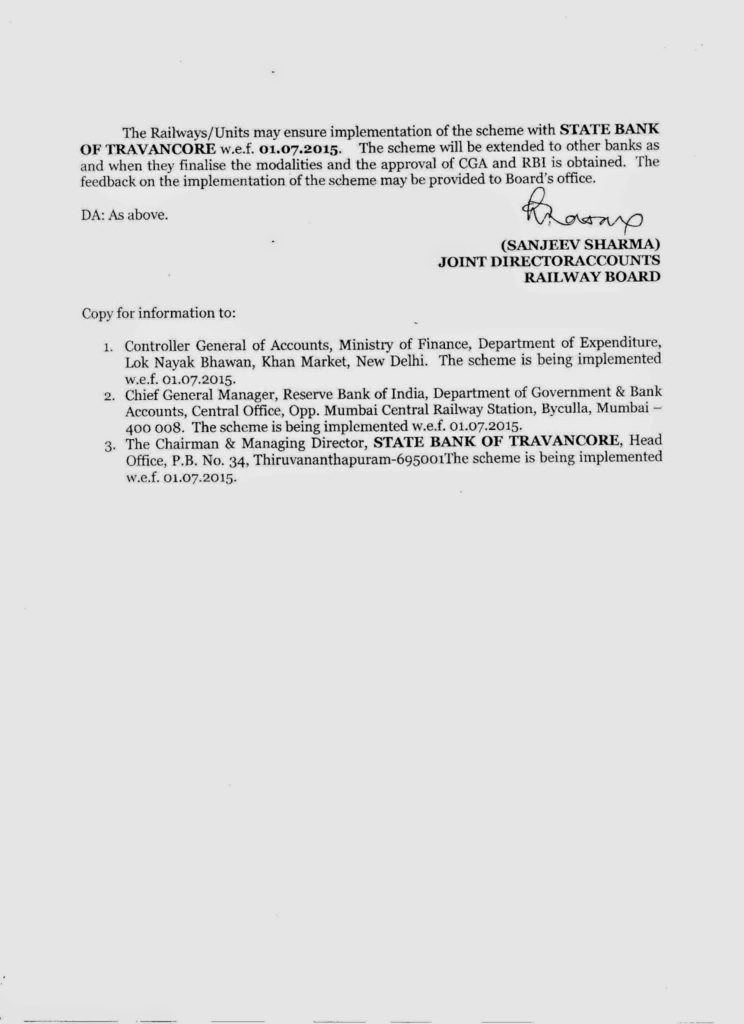 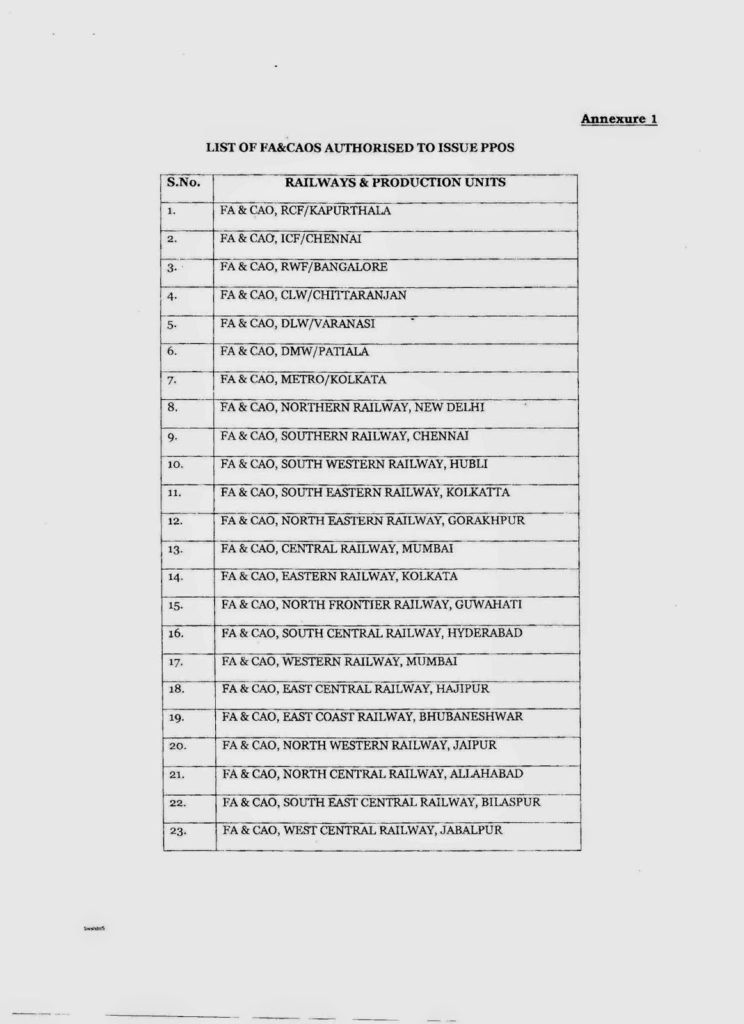 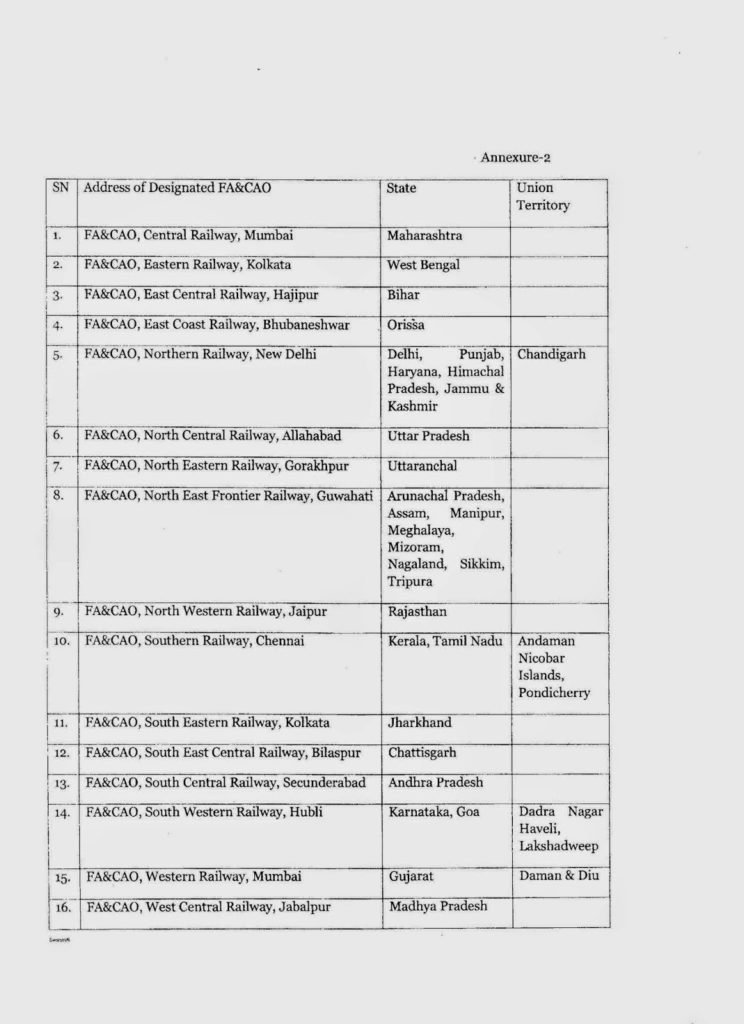 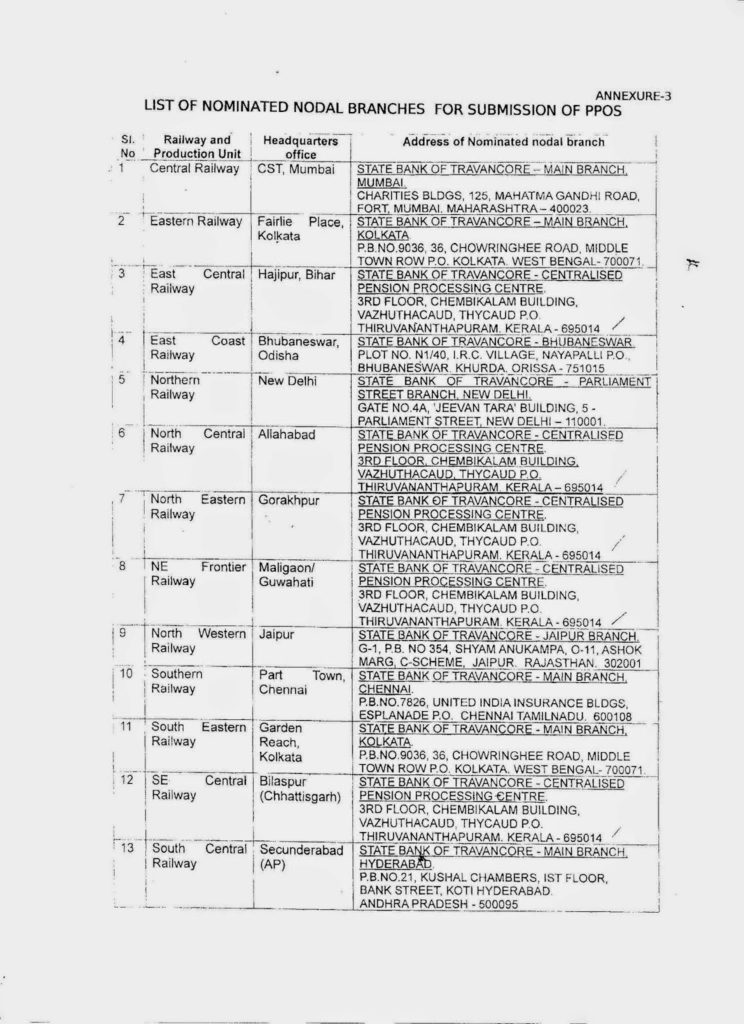 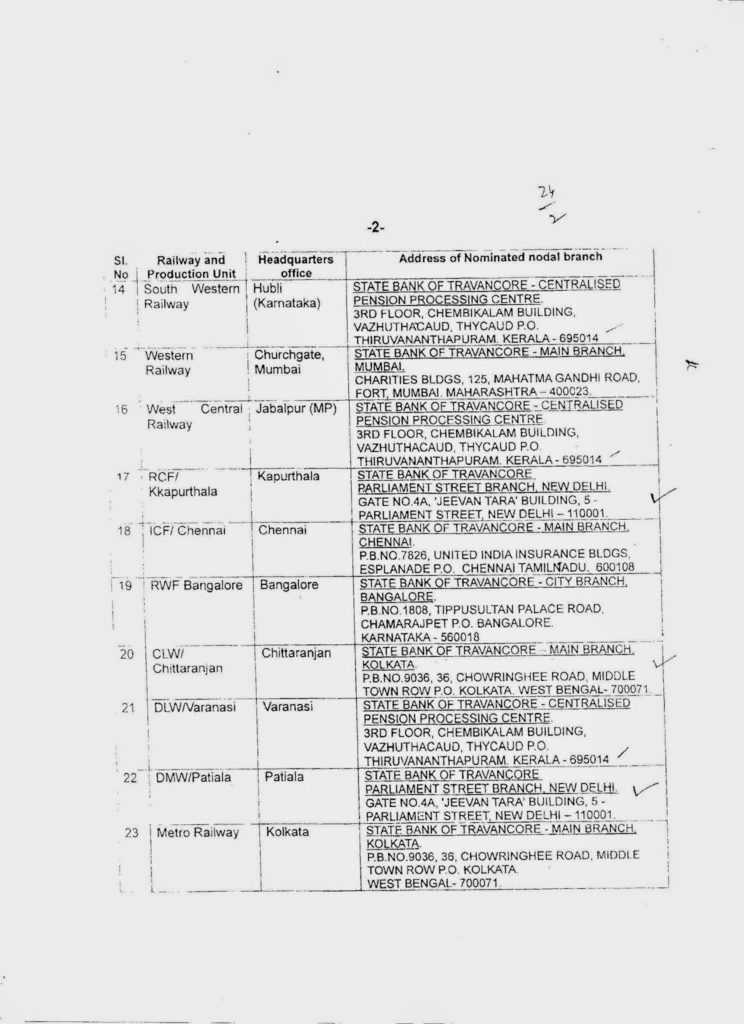 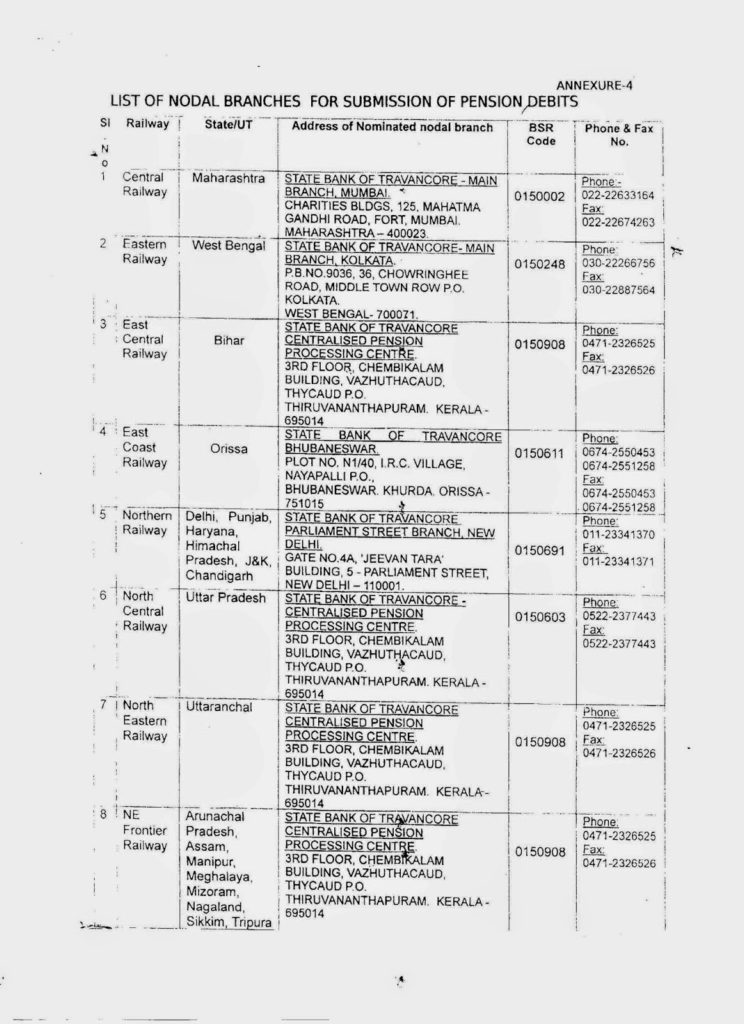 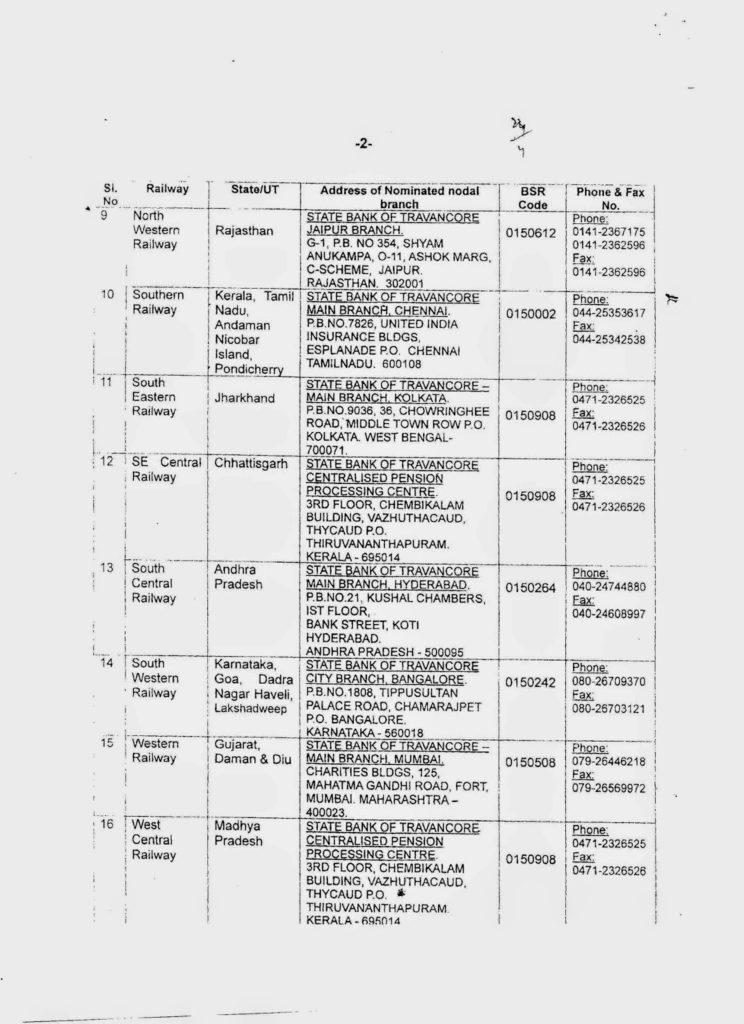