The General Managers,
All Indian Railways and production Units.

Vide Railway Board’s letter of even number dated 26.08.2015(RBE No.96/2015), the number of Jr. Scale/Group ‘A’ posts were earmarked on each Railway for all Departments.  This distribution also included these posts for contiguous Production Units and Training Institutes.  A different methodology was however, followed for Mechanical & Stores Department.
2. The matter has been reviewed and in supersession of this office letter of even number dated 26.08.2015; it has been decided by the Board to adopt a uniform methodology for all departments.  The number of Group ‘A’ posts have now been recalculated in proportion to the number of Sr. Scale & JAG posts as on 01.01.2015 on Zones and Production Units.

3.  Accordingly, a statement indicating Railway-wise and department-wise distribution of Group ‘A’/Jr. Scale posts including leave Reserves in proportion to the number of Sr. Scale & JAG Posts as on 01/01/2015 on each Railway/PU enclosed.  The revised distribution of posts will be effective from the next/fresh Selection cycle of calculation of vacancies for promotion to Group ‘B’ posts. 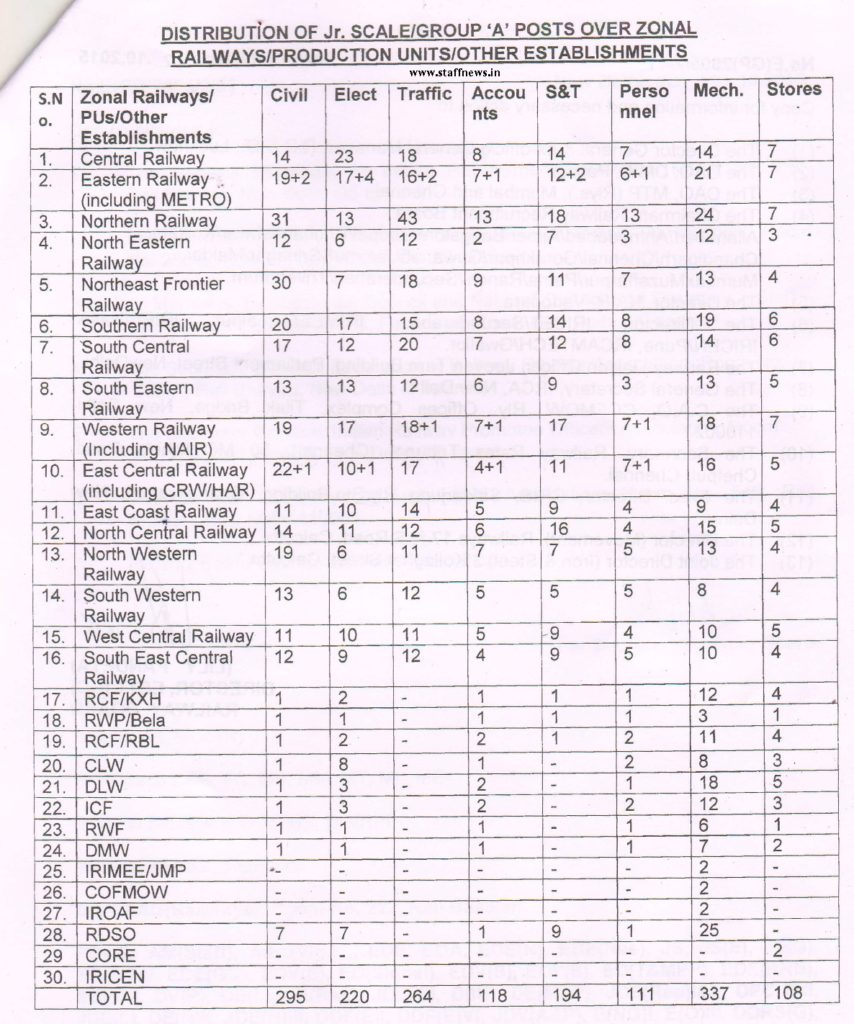