7th Pay Commission report bill: Centre does not budget for 25% of amount 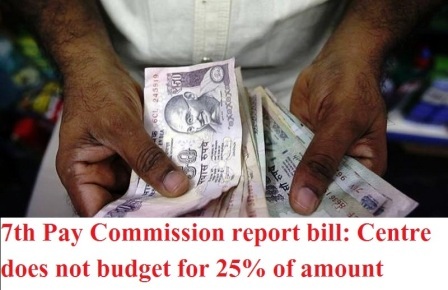