Implementation of Bhavishya in the Ministries/Department: Minutes of the meeting held on 17.03.2016

Minutes of the meeting held on 17.03.2016 at 10.00 AM under the Chairpersonship of Secretary (P&PID on the status of Implementation of Bhavishya in the Ministries/Department including their attached & subordinate offices 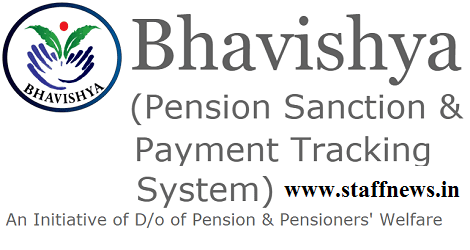 A meeting to review implementation of Bhavishya was conducted on 17.03.2016 under the Chairmanship of Secretary (Pension) at 10.00 AM at CD Deshmukh Auditorium, India International Center, New Delhi.
2. List of Participating Ministry/Department is at Annexure-I
3. JS (Pension) welcomed the participants in the meeting and briefed about the status of implementation of Bhavishya . Till date 1814 DDOs are registered with Bhavishya Portal and 4975 DDOs from attached/subordinate offices/Para Military forces are yet to be registered.
4. Secretary (P&PW) stated that 52 Ministries/Department have not taken follow-up action on the decision taken in the last Review Meeting held on 05.02.2016 and this is not acceptable. After taking stock of status of implementation in different ministries/department the following decisions have been taken in the meeting:
i) Nodal Officer of each Ministry/Department should ensure that all the Salary/Pension DDOs of their Departments including Attached/Subordinate offices/Para Military forces must register on to Bhavishya before 31st March, 2016.
ii) Nodal Officer of each Ministry/Department should upload the complete/updated information about their attached offices, subordinate offices, and DDOs, etc in the prescribed tables under ‘Organizational status -Utility’ on Bhavishya Portal.
iii) NIC-DOP&PW will include a column ‘Remarks’ for Nodal Officer under ‘Organizational status -Utility’
iv) DDOs already registered on Bhavishya should upload the information of all the retirees on Bhavishya portal by way of uploading XML file of their salary package on Bhavishya. In this regard ‘User Manuals’ may be referred which are uploaded on the Bhavishya portal
v) DoP&PW will call a meeting of NIC and those Ministries/Department who are unable to get the NIC-Email ID for their DDOs, HOOs and PAOs, which is mandatory for registration in Bhavishya.
vi) Nodal Officers of Ministries/Department is requested to approach NICSI for the training on Bhavishya of their DDOs/HOO/Staff at a single point. Attached and Subordinate offices will also route their training requirement through the Nodal Officers of Ministries/Department. A meeting with NICSI and their empanelled agency will be called alongwith those ministries who are facing problem for conduction of training programme for their officers.
vii) DoPPW will contact each registered DDOs and HOOs through Call Center set up by this Department to know the status of implementation of Bhavishya. All DDOs and HOOs may be instructed by the Nodal Officer to cooperate with representative of Call Center and provide necessary inputs.
viii) Secretary (P&PW) has taken a serious note, of not attending the Review meeting by some of the Ministry/Department and directed to write a d.o. letter to the Secretary ofthe concerned Ministry/Department.
ix) Secretary (Pension) also directed to incorporate regional offices of D/o Official Language in Bhavishya Portal.
x) There was mismatch in some cases of data uploaded on the Bhavishya Portal under ‘Organizational Status-Utility’ and the data as stated by the Nodal Officer/representative of some ministries in the meeting. Secretary (Pension) directed to reconcile the data discrepancy.
5. The next Review Meeting on Bhavishya under the Chairpersonship of Secretary (P&PW) with the Nodal officers of all Ministries/Department will be will called shortly.
6. The meeting ended with a vote of thanks to the Chair.

Loading...
Newer Post
Release of Grant-in Aid to Pensioners’ Associations for implementation of the objectives of the Portal
Older Post
Filing of Lokpal Returns by Public servants on or before 15th April, 2016: DoPT OM