Contract Workers in Ambit of EPFO

Contract Workers in Ambit of EPFO

C. N. JAYADEVAN
Will the Minister of
LABOUR AND EMPLOYMENT be pleased to state:-
(a)whether the Government is considering any proposal to bring contract workers under the ambit of Employees Provident Fund Organisation;
(b)if so, the details thereof;
(c)whether the Government has made it mandatory for the firms to ensure remittances of the provident fund pension and insurance amounts by them on behalf of their regular contract workers and those employed through contractors and if so, the details thereof; and
(d)the details of action taken including imposing of penalties by the Government against the firms failing to do so?

MINISTER OF STATE (IC) FOR LABOUR AND EMPLOYMENT (SHRI BANDARU DATTATREYA)
(a) & (b): Contract workers are already under the ambit of Employees’ Provident Funds & Miscellaneous Provisions (EPF&MP) Act, 1952. Any person employed by or through a contractor in or in connection with the work of the establishment comes within the definition of “employee” as per Section 2(f) of the Act.
(c): For all establishments covered under Section 1 of the Act under the provisions of Section 6 of the Act read with the Para 26A (2) of Employees’ Provident Funds (EPF) Scheme, 1952, remittance of contributions to Provident Fund, Pension Fund and Insurance Fund in respect of all of their employees whether regular or contractual is mandatory for employees who are members of the Schemes framed under the Act. As per the provisions of Para 30(3) of EPF Scheme, 1952, it shall be the responsibility of the principal employer to pay both the contributions payable by himself in respect of the employees directly employed by him and also in respect of the employees employed by or through a contractor.
(d): The following actions are taken by Employees’ Provident Fund Organisaton (EPFO) against the firms who fail to deposit the contributions or administrative charges payable under the Act:
i. Action under Section 7A of EPF & MP Act, 1952 against the defaulting establishments for assessment of dues.
ii. Action under Section 14B of the Act for levy of damages on belated deposit of dues.
iii. Action under Section 7Q of the Act for levy of interest on belated remittances.
iv. Recovery actions including attachment of property and arrest as provided under Section 8B to 8G of the Act.
v. Action under Section 14 of the Act for filing prosecution against the defaulters before the competent court of law.
vi. Action under Section 406 read with Section 409 of Indian Penal Code (IPC) against the employer for non-payment of employees’ share of contribution deducted from the wages/salary of the employees but not deposited in the fund. 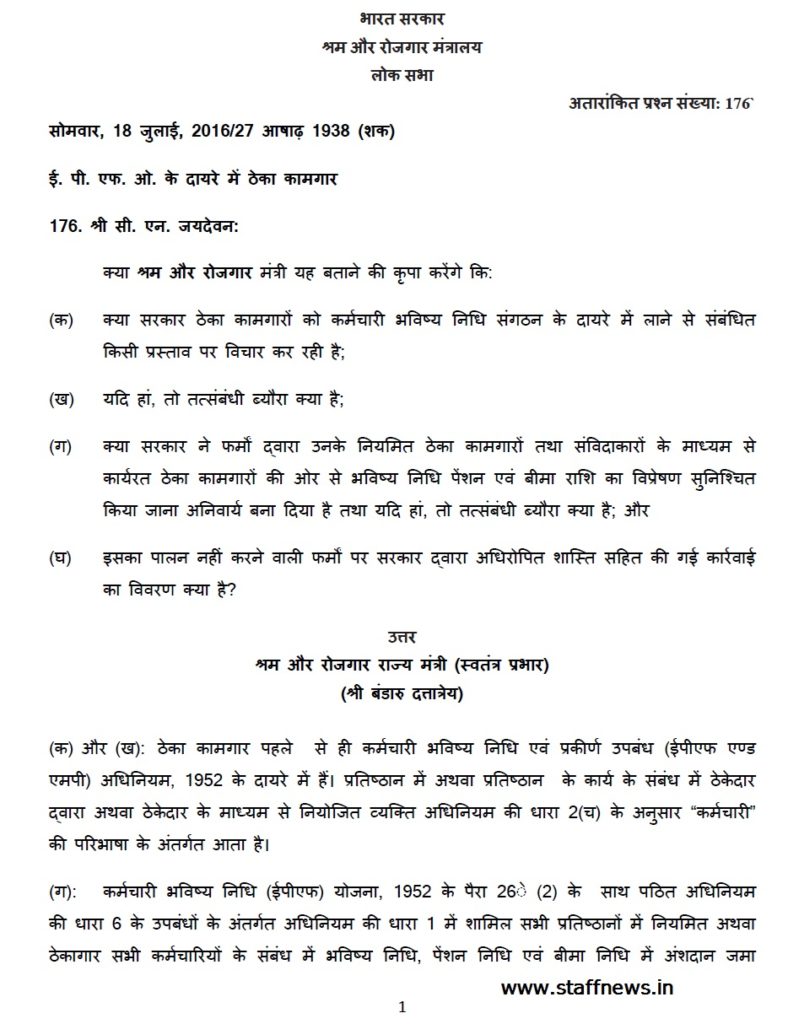 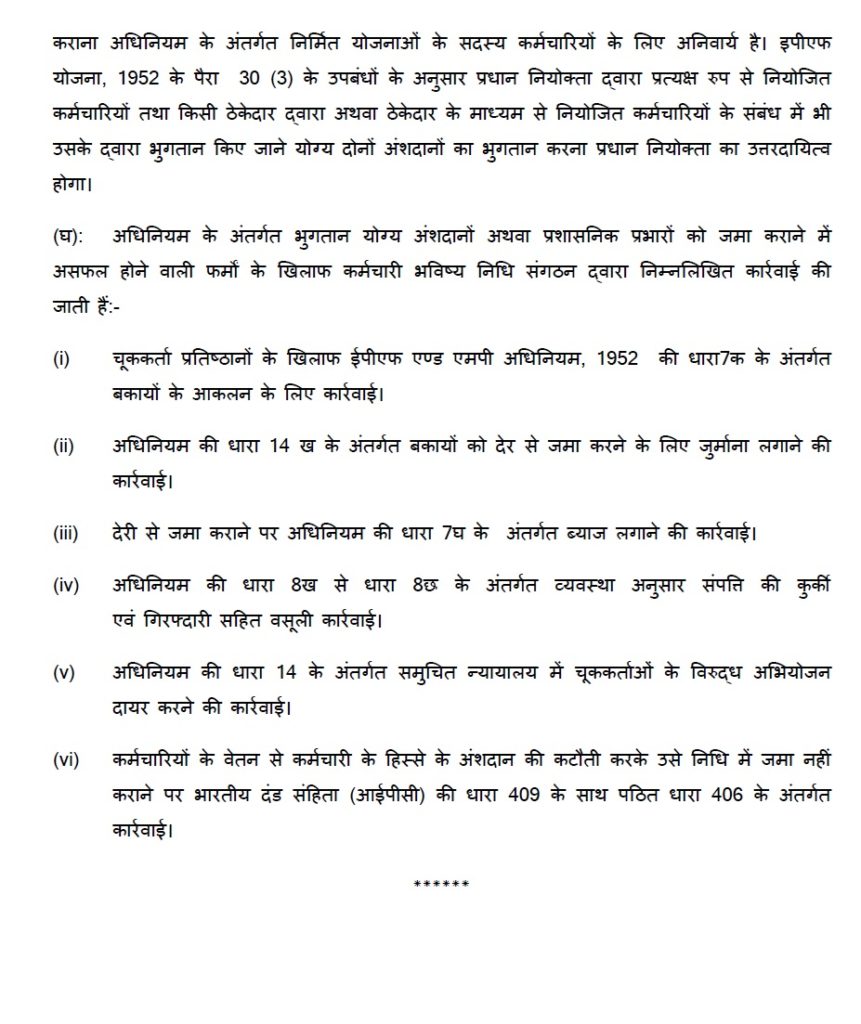