Subject: Simplification of procedure for endorsement of Family Pension entitlement in the PPO of living Armed Force Pensioners-reg.

I am directed to refer Gol, MoD letter No.6(4)787/1369/B/D(Pens/Sers) dated 30.06.1988, which was issued for taking appropriate action for endorsement of Family Pension in the Pension Payment Orders of Armed Forces Personnel. For this purpose an application from “Appendix A” was enclosed along with ibid letter under which details of re-employment, family pension from other sources were required to be filled.
(2) After implementation of Cabinet Secretaries Commitee-2012 recommendations for grant of dual family pension to NOK of Armed Forces Pensioners, the matter was under consideration of this ministry for modification in “Appendix A”. It has now been decided to modify Appendix ‘A‘. The revised Appendix ‘A’ is attached with this letter.
(3) The other terms and conditions for endorsement of family pension in the PPO shall remain unchanged.
(4). These orders issue with the concurrence of MoD(Fin/Pen) vide their ID No.10(16)/2015/Fin/Pen dt. 30th June 2016.

Yours faithfully,
(Manoj Sinha)
Under Secretary to the Government of India 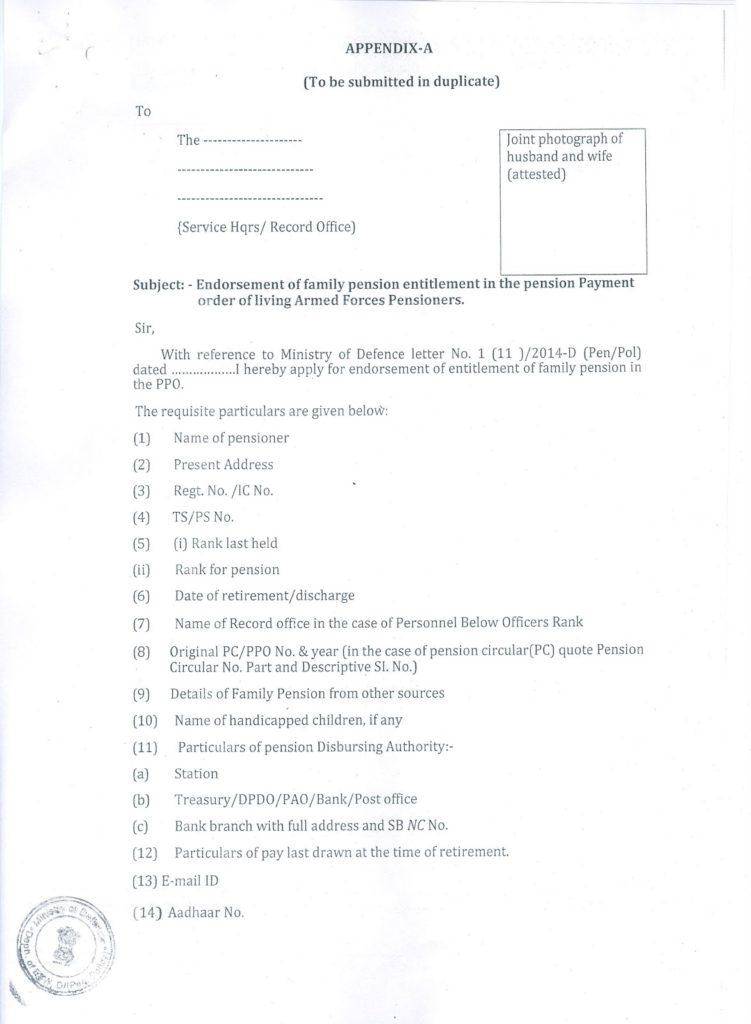 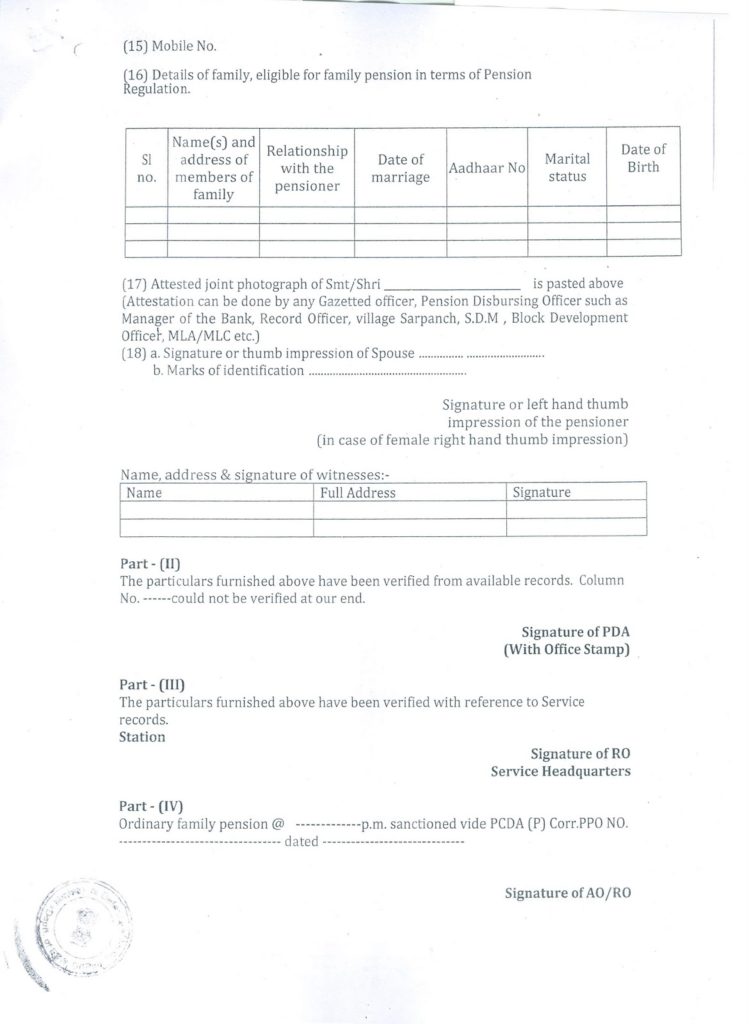