Railway Board Order: Salary advance for the month of November, 2016

Kiran Kumari 0 November 18, 2016 4:22 am
Railway Board Order: Salary advance for the month of November, 2016
Government of India
Ministry of Railways
(Railway Board)

Sub: Salary advance for the month of November, 2016 to be paid to Non-Gazetted Employees.

A copy of Office Memorandum No.25(30)/E.Coord/2016 dated 17.11.2016 of the Department of Expenditure, Ministry of Finance regarding advance payment of salary for the month of November, 2016 to the Non-Gazetted employees -is enclosed for necessary action.
2. For all Units covered under IPAS, CRIS has developed supplementary bill module for this payment and may be utilized. For all other Units, respective pay roll programmes may be used.
3. This issues with the concurrence of Accounts Directorate of the Ministry of Railways.
(D.V. Rao).
Director/Estt. (LL)
Railway Board 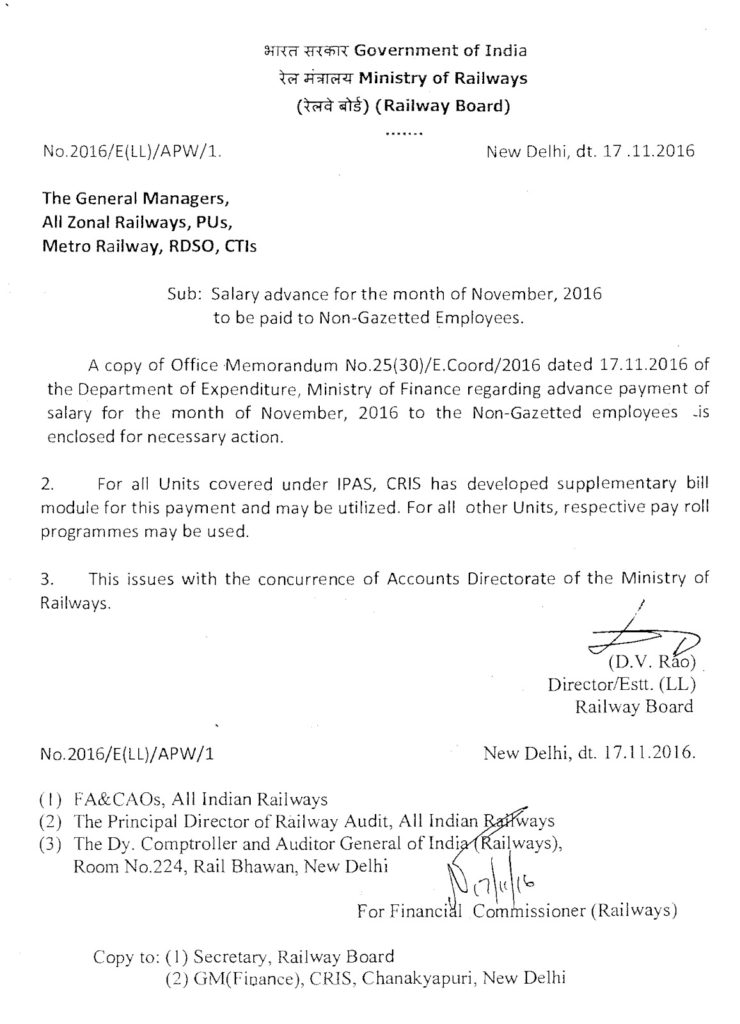 Loading...
Newer Post
Death Claims to be Processed within 07 Days and Retirement Claims to be Settled on the Day of Retirement
Older Post
Disbursement of Salary Advance for the Month of November, 2016: CGA’s Instructions for HOO/DDO