Removal of state-wise jurisdiction of Banks for disbursement of Central Government (Civil) Pensioners: Clarification by CPAO

Subject:- Removal of state-wise jurisdiction of Banks for disbursement of Central Government (Civil) Pensioners: Clarification regarding.

In pursuance of Accounting and Operating Procedure for Central Pension Processing Centre of Authorised Banks for Pension Disbursement to Central Government (Civil) pensioners issued by CPAO vide F.No. CPAO/Tech/CPPC/Guidelines/2011-12/29 in February, 2012, all banks were allowed to establish a Central Pension Processing Centre (CPPC) for disbursement of Central Civil Pension through any of their CBS enabled branch.
2. As clarifications in this regard are still sought by banks etc, it is reiterated that any retiring employee/pensioner can open a Pension Account with any CBS enabled branch of any of the authorized banks without any state jurisdiction. A list of Authorised Banks is attached (Annexure).
This issues with the approval of O/o Controller General of Accounts. 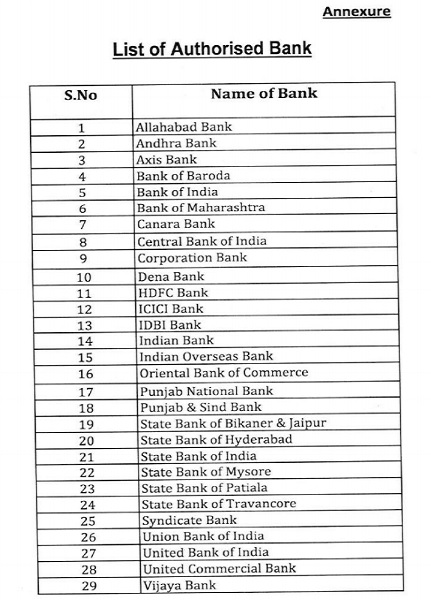