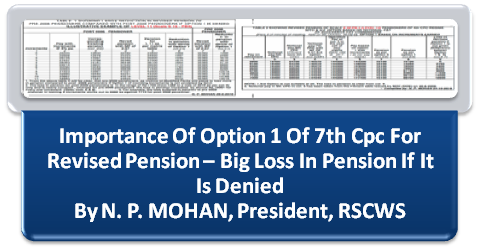 Most of the Pre 2016 pensioners will suffer heavy loss in Revised Pension, if the Option 1 recommended by the Seventh CPC is denied to them.

It was after 20 years that 7th CPC recommended parity between past pensioners and those retiring after 1-1-2016 under Option 1 which means consideration of increments earned while in service as detailed in Para 10.1.67 of the Report. This objective of PARITY (Recommended by Commission after examining all factors in depth in Chapter 10) is fulfilled only with the implementation of option 1 without any dilution/deviation. Non implementation of option 1 on the plea of non availability of record in a few cases will have the following adverse effects:
i) Pre 2006 pensioners, in particular, who are victim of modified parity will suffer a much bigger loss compared to the post 2006 retirees because in their case the basic pension which is multiplied by 2.57 in the interim phase takes into accounts their increments before retirement. This aspect has been examined in the case of Pre & Post S 19 pensioner as an example. From the Table 1 given below, it will be clear that the reduction in pension for post 2006 pensioner is of a uniform small magnitude as compared to the loss increasing exponentially with each increment lost in case of pre 2006 pensioner. Similar is the case in other scales also
ii) 7th CPC has considered pre 2016 pensioners as one homogenous group (Para 10.1.53 refers). It means that all pre 2016 pensioners have to be treated alike. But with denial of option 1, pre 2016 pensioners will get divided into two groups i.e. Pre 2006 and Post 2006 Pensioners – which violates the settled law of equality between the equals.
iii) In many cases, Option 3 gives much lower pension compared to option 1 recommended by 7th CPC. This will be clear from Table 2 below. Where a comparison has been made between two options. 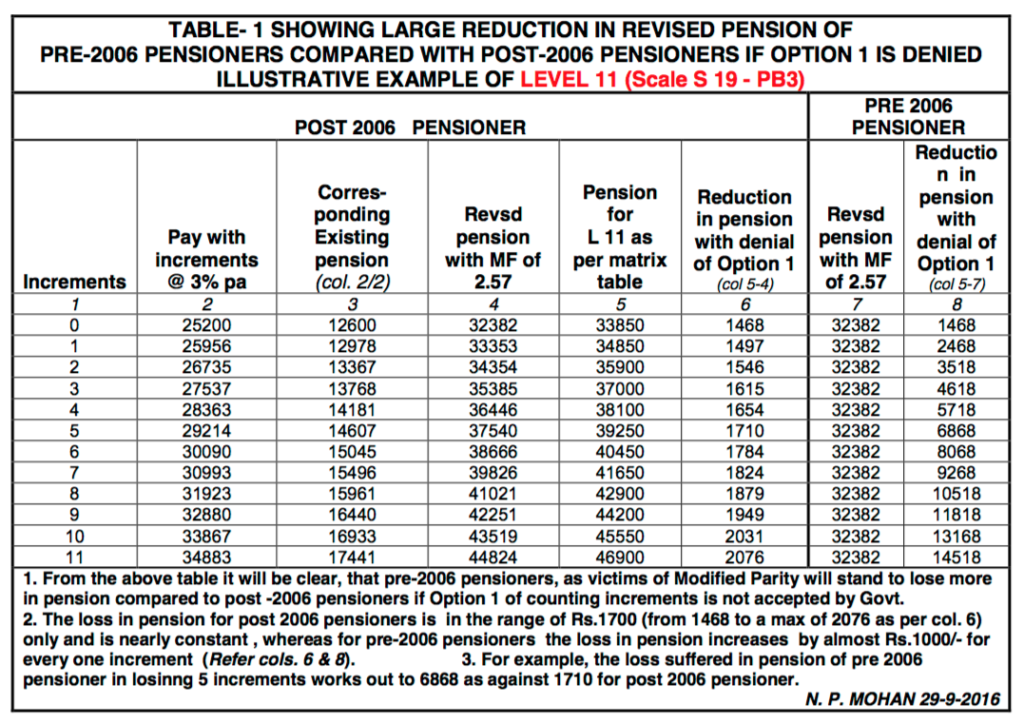 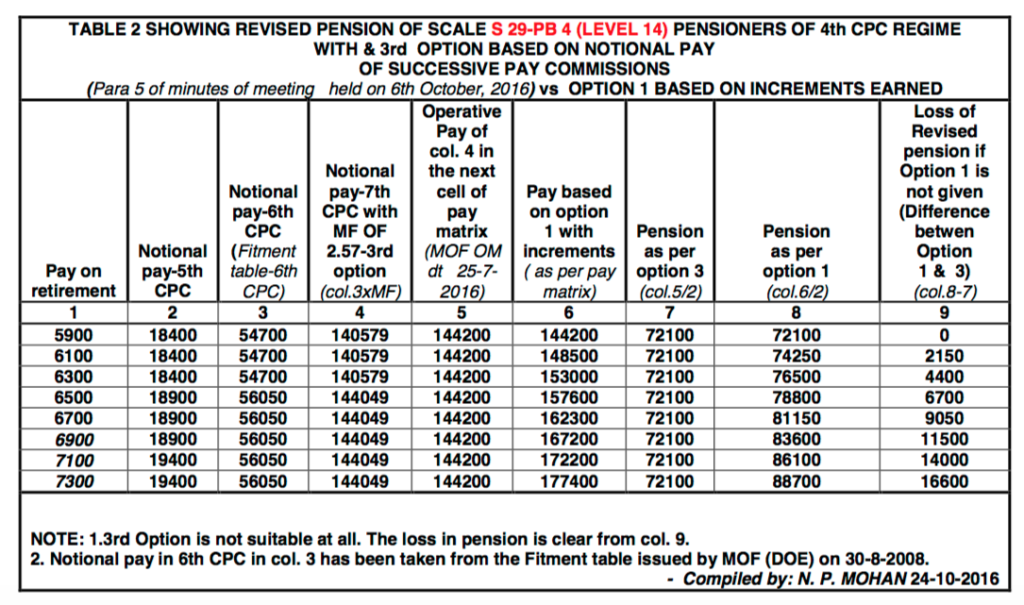