Delay in 7th CPC Allowances Report is due to Foreign tour of Committee Member: NDTV

Kiran Kumari 2 April 20, 2017 8:17 am
7th Pay Commission: Latest Updates On Allowance Committee Report
The allowance committee had held a meeting in this regard on April 6 which some employee union officials termed as “conclusive”. 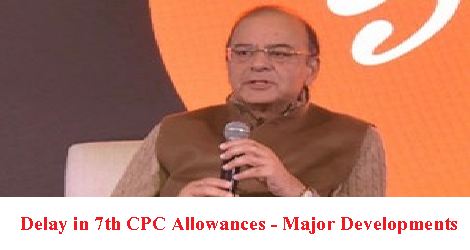