Subject: Implementation of Government’s decision on the recommendations of the Seventh Central Pay Commission Revision of pension of pre-2016 pensioners/family pensioners, etc.

A copy of Department of Pension and Pensioners’ Welfare (DOP&PW)’s O.M. No. 38/37/2016-P&PW(A) dated 12th May, 2017 on the above cited subject is enclosed for information and compliance. These instructions shall apply mutatis-mutandis on the Railways also. Rule 40 and 41 of CCS (Pension) Rules, 1972, mentioned in DOP&PW’s O.M., correspond to Rule 64 and 65 of the Railway
Services (Pension) Rules, 1993 respectively. 7
2. The Railway Board’s instructions corresponding to the DOP&PW’s instructions referred to in their aforesaid O.M. dated 12.05.2017 (enclosed) are given under: 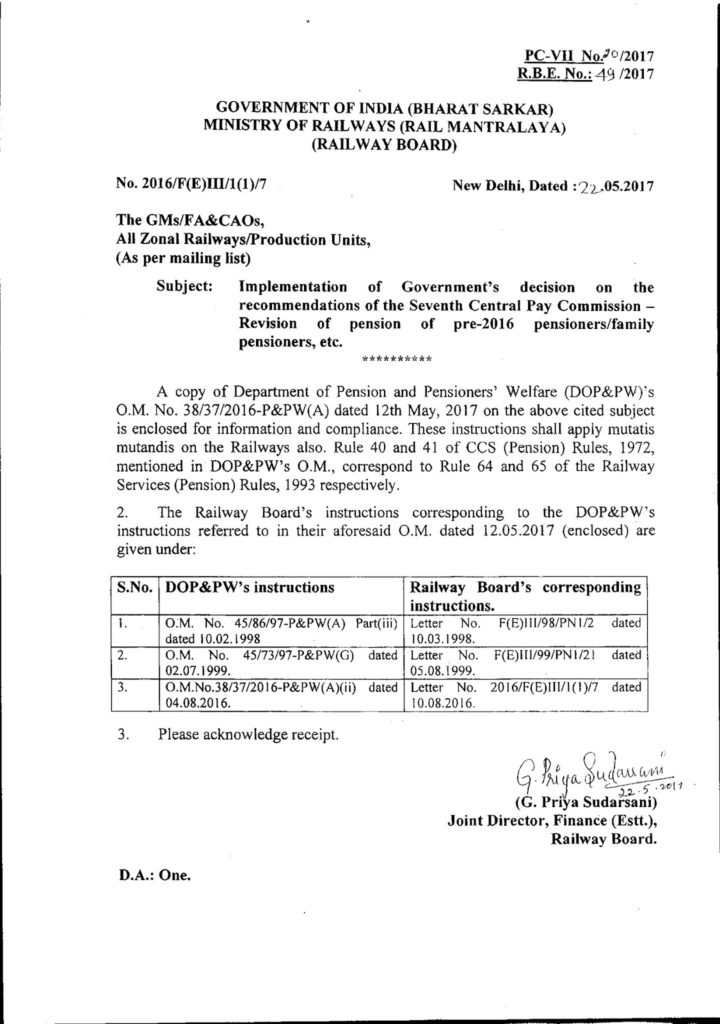 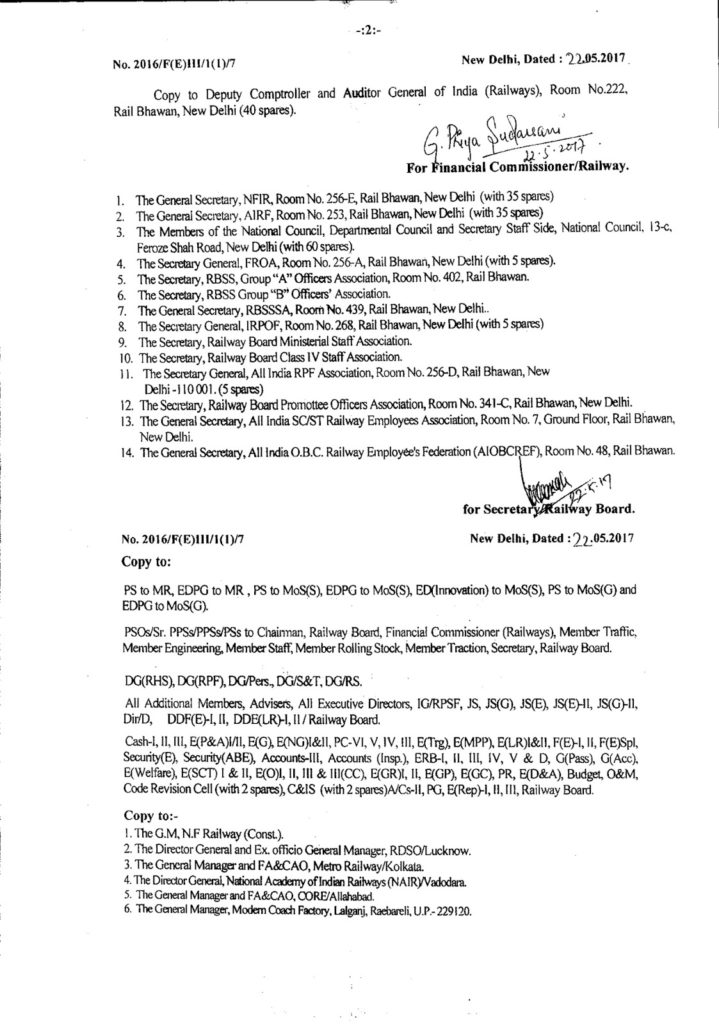