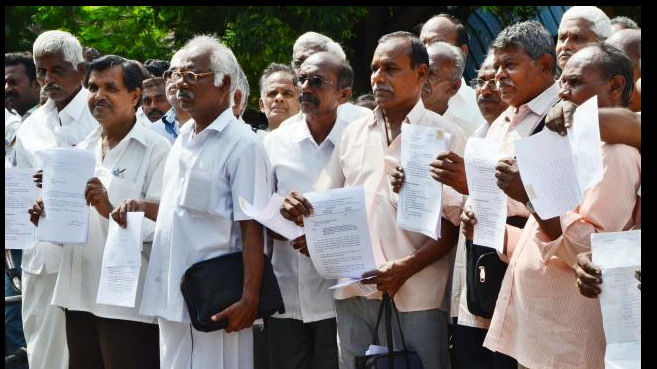 The 7th Central Pay commission in its recommendations have suggested that Pre-2016 pensioners should be compensated for the number of increments they were drawing in their retiring pay scale by giving 3% of basic pension per increment. This is a very beneficial step as far as pensioners are concerned because they will get increased pension. The increments in the retiring pay scale is earned as a result of a life time of service, 35 or 40 or more years of service in government posts.
The cabinet had generously accepted this recommendation of giving 3% per increment to the pensioners. Then one government official had pointed out that the necessary data for implementing this is not available. This is not true. all the relevant information of the pensioner is recorded and replicated in at least four places. In the original Pension Payment Order issued to the pensioner, in the head quarter of the office from which the pensioner had retired, the Central Pension Accounting Office, New Delhi and the Central Pension Processing Cell of the bank from which the pensioner gets the pension. An injustice is done to all the 52 lakh pensioners by denying them the benefit of the increments that they have earned by a life long service in Governement establishments.
Hence it is requested that the Option 1 of the 7th CPC which takes into account the increments while fixing the pension be implemented and justice is done to the 52 lakhs Central Government Pensioners.
This petition will be delivered to:
Prime Minister of India