Ministry of Finance issues two Table of Benefits on quarterly basis for the savings fund to the beneficiaries under Central Government Employees Group Insurance Scheme (CGEGIS)-1980. While one Table of Benefits for the savings fund of the scheme is based on a subscription of Rs.10 per month per unit from 1.1.1982 to 31.12.1989 and Rs.15 per month per unit w.e.f. 1.1.1990 onwards, the other Table of Benefits for the savings fund is based on a subscription of Rs.10 per month in respect of the employess who had opted out of the revised rates of subscription w.e.f. 1.1.1990.
2. The Table of Benefits under CGEGIS-80 are prepared by IRDA based on the rate of interest notified by DEA for samll savings including GPF. Earlier, DEA used to notify the interest rate on financial year basis. However, DEA has now shifted to notifying the interest rate on quarterly basis. In view of this, it has been decided that the Table of benefits will be issued on quarterly basis commencing from 1.1.2017 to 31.3.2017.
3. The two tables under CGEGIS-80 for the first quarter of the year 2017 i.e, 01.01.2017 to 30.06.2017, prepared by IRDA, are enclosed. The benefits in the Tables have been worked out on the basis of interest @ 7.9% per annum (compounded quarterly), as notified by Department of Economic Affairs.
4. While calculating the amount it has been assumed that the subscription has been recovered or will be recovered from the salary of the month in which a member ceases to be in service failing which it should be deducted from accumulated amounts payable.
5. In its application to the employees of Indian Audit and Accounts Department this Office Memorandum issues in consultation with the Comptroller and Auditor General of India.
sd/-
(Amar Nath Singh)
Director 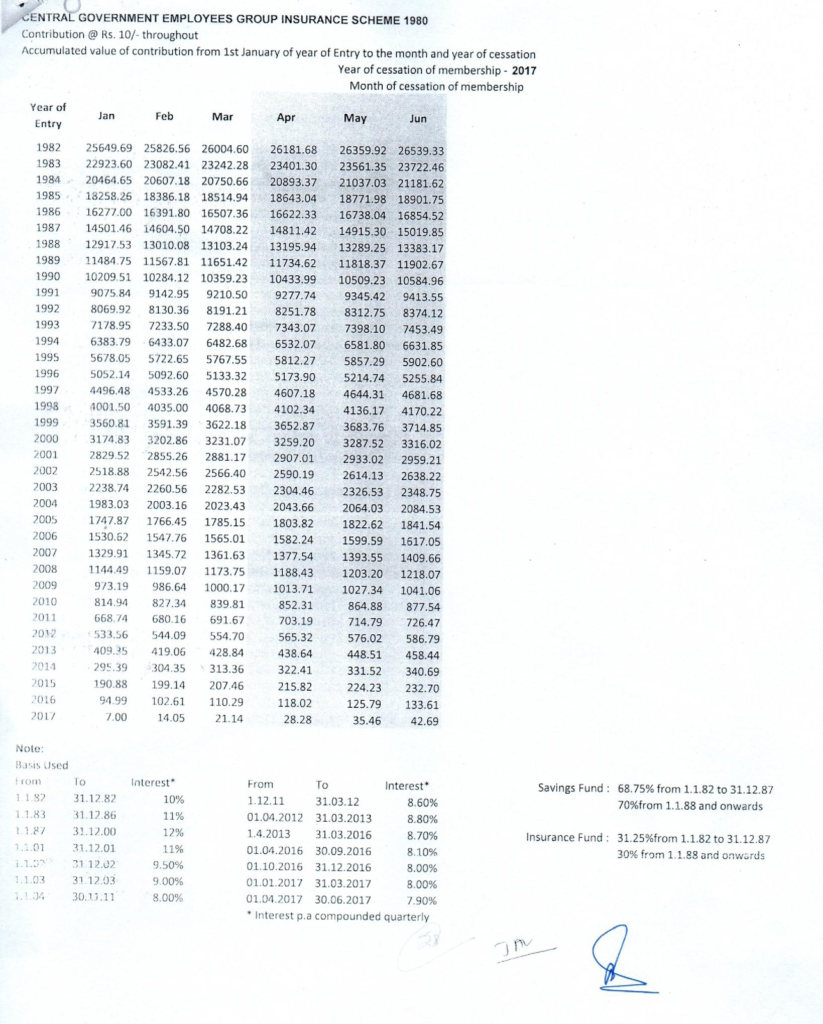 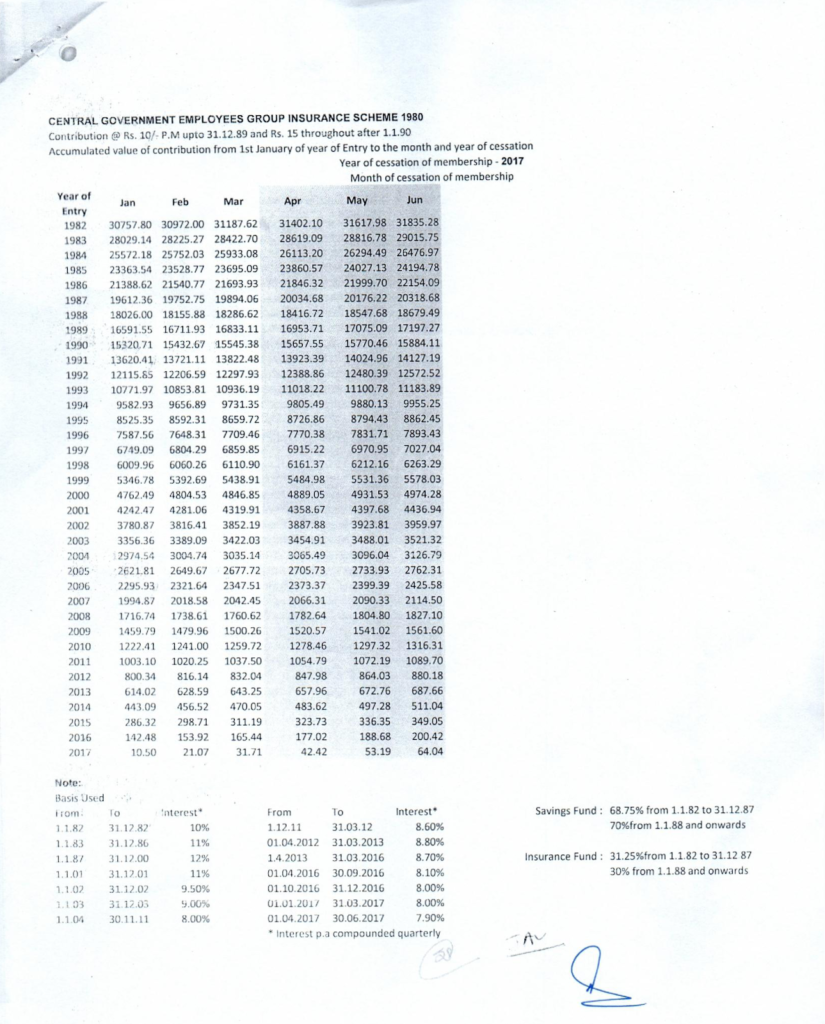