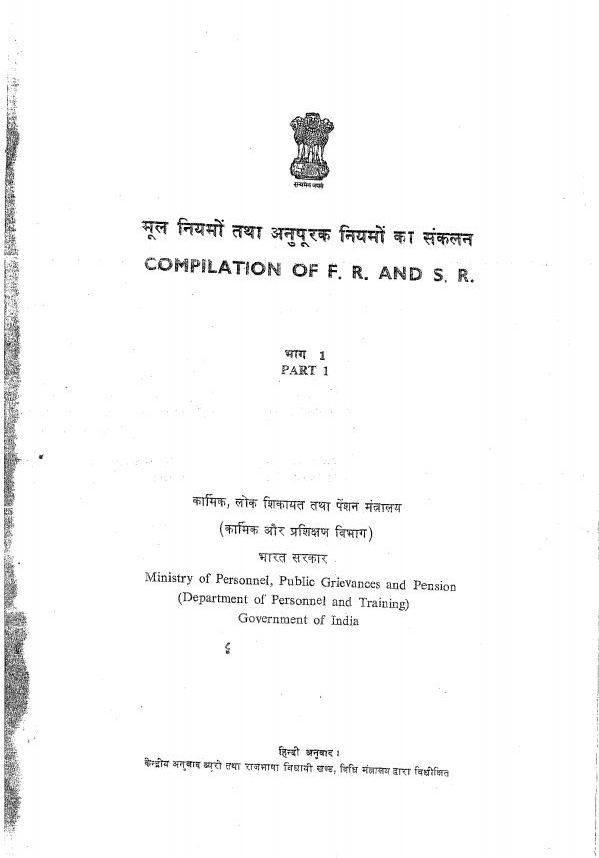 COMPILATION OF
OF F.R. AND S R.

Ministry of Personnel, Public Grievances and Pension
(Department of Personnel and Training)
Government of India 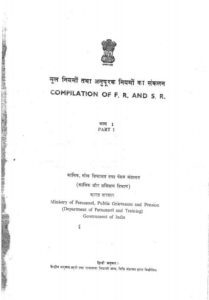 An up-todate edition of the Fundamental Rules and the Supplementary Rules has been a long felt need. The last official compilation of the Rules had been issued by the Accountant General, Posts & Telegraphs, in 1974. It is in this background that present volume is being brought out. Opportunity has been taken to make it a digital edition.

In addition to the basic rutes, the more important of the decisions of the Government and audit instructions having wide application have been incorporated below the relevant rules.

It is hoped that this compilation will be found useful to persons dealing with establishment matters.

Any errors or omissions which may be found in this compilation may be brought to the notice of the Department of Personnel & Training.

VIII  to  XXI  Not printed

1. Orders issued by the President under Rule.114

2. Orders issued under ER. 116 & 117—Rates of contribution payable on account of pension and leave salary during active foreign service.

3. Delegations made under Fundamental Rule 6

4. Authorities which exercise the powers of a competent authority under the various
Supplementary Rules.