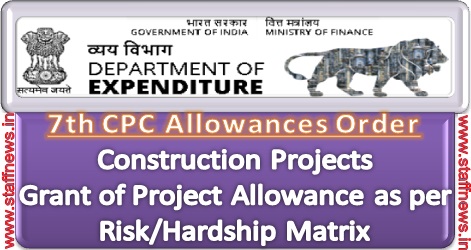 Consequent upon the acceptance of the recommendations of Seventh Central Pay Commission by the Government, the President, is pleased to decide that, in modification of this Ministry’s -O.M. No. 20011/5/73-E.II(B) dated.17.01.1975 as amended from time to time and OM. No. 6(3)/2008-E.II(B) dated 29.08.2008 on the subject mentioned above, the Central Government employees shall be paid Project Allowance, which has been covered in the Risk/Hardship Matrix, at the following revised rates:-
3. The term ‘Pay Level’ in the revised pay structure means the ‘Level in the Pay Matrix.
4. In respect of those employees who opt to continue in their pre-revised pay- structure, corresponding Grade Pay in the prescribed pay band as indicated in CCS(Revised) Pay) Rules, 2016 would determine the allowance under these orders.
5. These rates shall increase by 25 per cent whenever the Dearness Allowance payable on the revised pay structure goes up by 50 per cent.
6. All other terms and conditions governing the grant of this allowance shall remain unchanged.
7 These orders shall take effect from 1st July, 2017.
8. These orders shall also apply to the. civilian employees paid from the Defence Services Estimates and the expenditure will be charge-able to the relevant head of the Defence Services Estimates in regard to Armed Forces personnel and Railway employees, separate orders will be issued by the Ministry of Defence and Ministry of Railways, respectively.
9. In so far as the employees. working in the Indian Audit and Accounts Department are concerned, these orders are issued with the concurrence of the Comptroller and Auditor General of India.
Hindi version is attached.
sd/-
(Annie George Mathew) 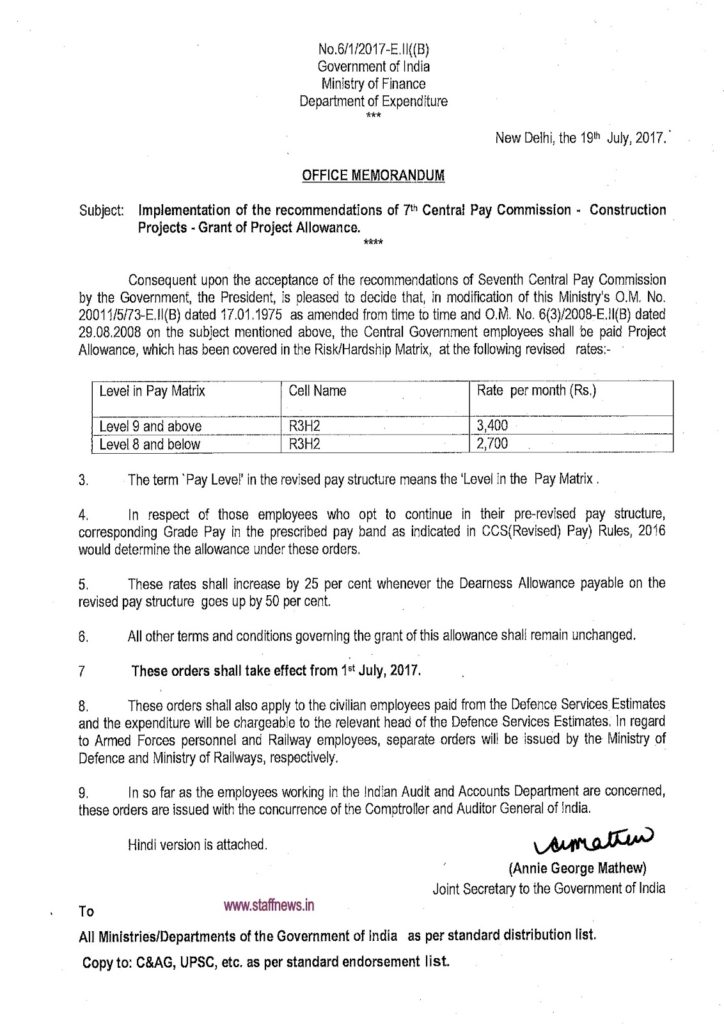