New Delhi, the 7th July, 2017
F. No. 12/01/2016-Bud Admn.—Consequent upon State Governments opting out of National Small Savings Fund (NSSF) arrangements and resultant shifting of small savings operations to the Central Government, the Government had restructured National Savings Institute, an attached office functioning under the administrative control of Ministry of Finance, Department of Economic Affairs vide Resolution No. 12/01/2016-Bud Admn dated 27.10.2016.
2. Following re-structuring, the National Savings Institute will have the following staff at its disposal.
Note :
1. Two posts of Regional Director (Senior), four posts of Regional Director (Junior), two posts of Dy Director and 6 posts of MTS are surrendered. The remaining vacant posts will be filled up.
2. Amendment in recruitment rules and cadre restructuring, wherever required would be taken up following restructuring and changed mandate of NSI.
3. No staff would be rendered surplus in the process of restructuring NSI.
This resolution is in continuation of the Resolution issued vide F. No. 12/01/2016-Bud Admn dated 27.10.2016.
AMRISH KUMAR, Under Secy. 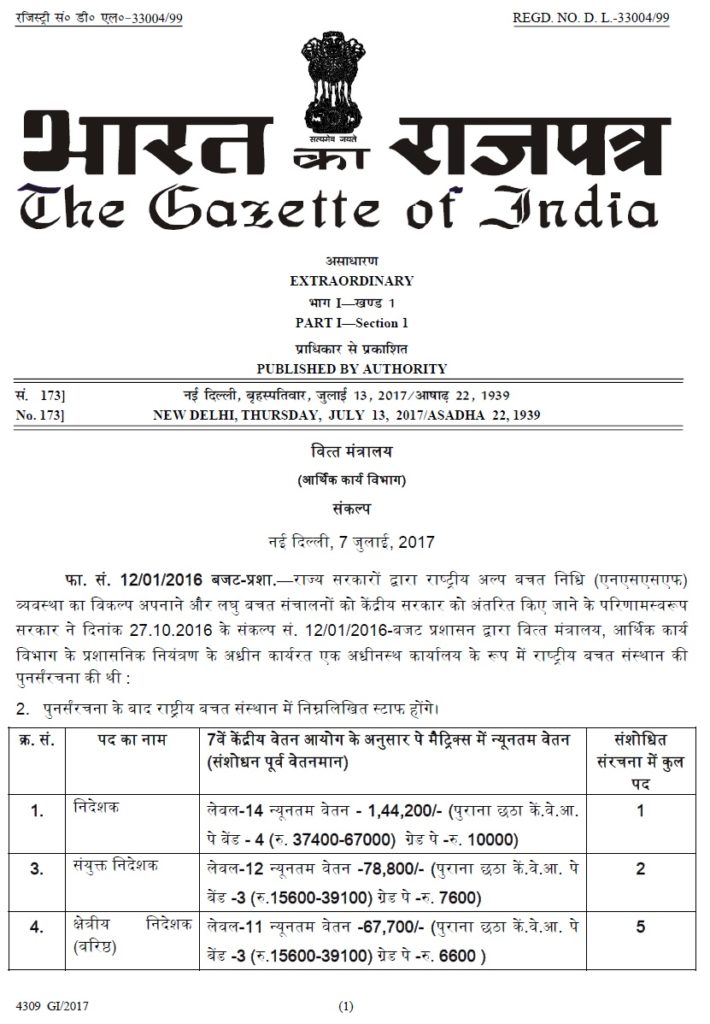 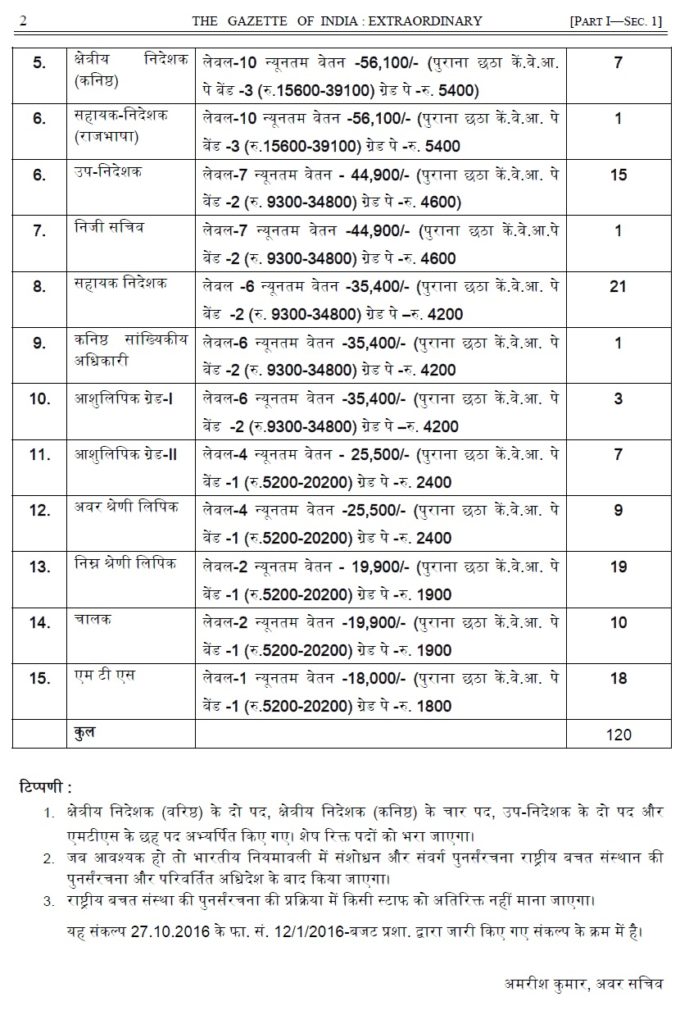 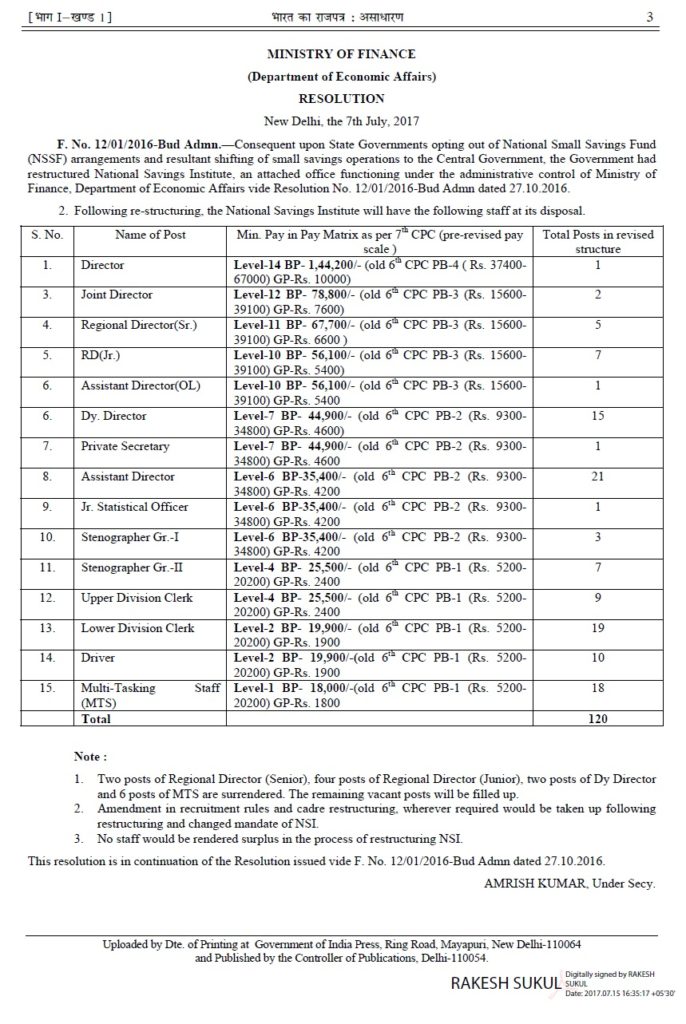