Please refer to item 3 of Annexure ‘B’ of Ministry of Railways’ letter No. PC-VI/2008/I/RSRP/1 dated 11.09.2008 (S. No. PC-VI/2 & RBE No. 108/2008) circulating schedules of revised pay structure for running staff effective from 01.01.2006 and letter No. PC-VI/2010/I/RSRP/4 dated 02.11.2010 (Sl. No. PC-VI/234& RBE No. 159/2010) regarding clarification on Additional Allowance. Consequent upon the acceptance of recommendation of 7th Central Pay Commission on Allowances by the Government with certain modifications, the President is pleased to revise the rates of Additional Allowance granted to certain
categories of Running Staff viz. Loco Pilot Mail/Express, Loco Pilot Passenger/Motorman, Guard Mail/Express and grant of Additional Allowance to some other categories of Running Staff viz. Loco Pilot Goods and Sr. Passenger Guard at the following rates:-
(i) Rs. 2,250/- per month to Loco Pilot Mail/Express.
(ii) Rs. 1,125/- per month to Loco Pilot Passenger/Motorman.
(iii) Rs. 1,125/- per month to Guard Mail/Express.
(iv) Rs. 750/- per month to Loco Pilot Goods.
(v) Rs. 750/- per month to Sr. Passenger Guard.
2. Dearness Allowance will be payable on this allowance. However, it will not count for pensionary benefits.
3. These orders shall take effect from 1st July, 2017.
4. Hindi version is attached herewith.
(Jaya Kumar G)
Deputy Director, Pay Commission-VII
Railway Board 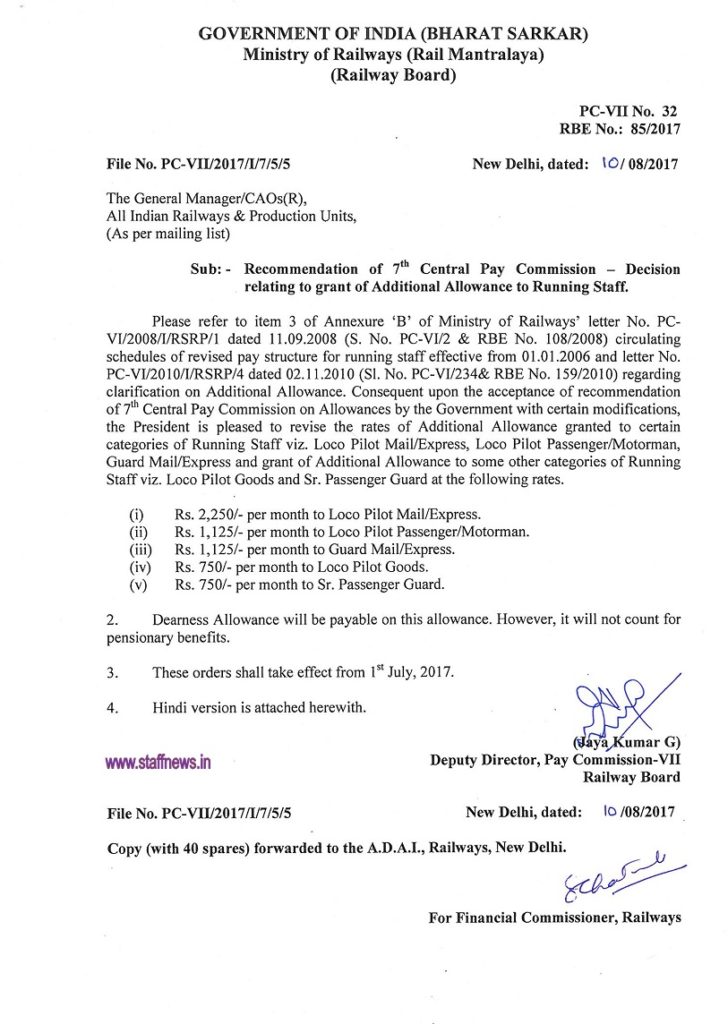 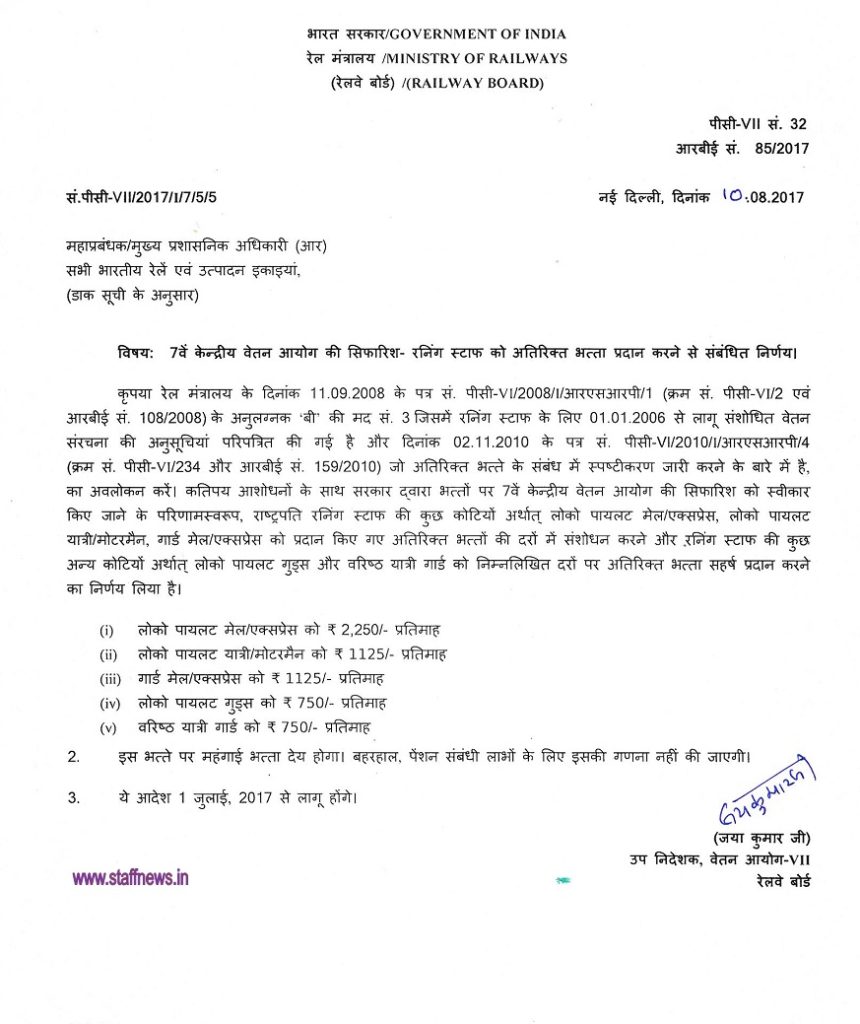