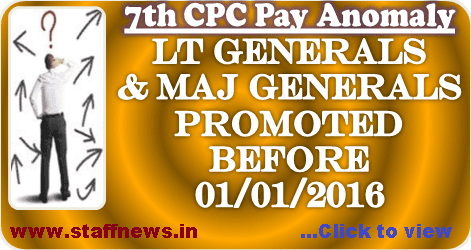 Loading...
Newer Post
ECHS – Revised Procedure for Procession of Waiver and Sanctions: Online Claims
Older Post
7th CPC Pay Fixation: Clarification regarding fixation of pay of consequent upon enhancement of IOR from 2.57 to 2.67