ENDORSING OF AADHAAR NUMBER ON REFERRALS

2. Based On number of representations received from various Regional Centres, the following modifications in the referral generation process will be carried out:-

3. In addition, UTI-ITSL to create following exceptions in the referral generation module:-

4. These guidelines be implemented with immediate effect.

5. This has the approval of MD, ECHS. 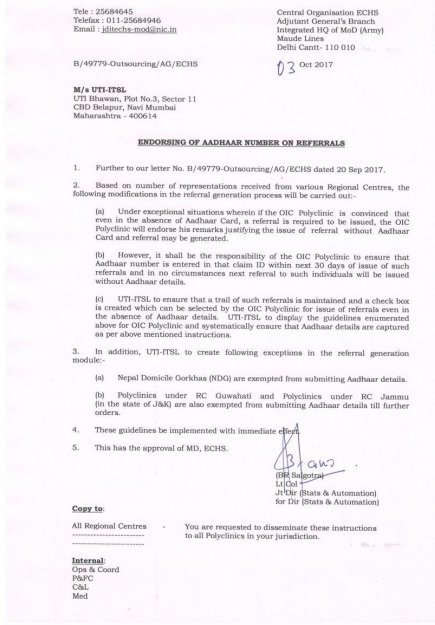