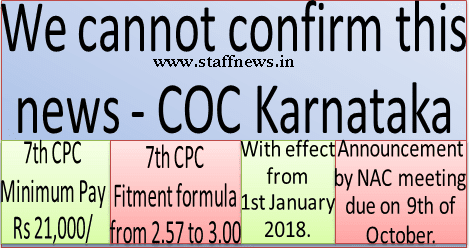 There are various reports in the news media, print media & social media regarding the hike in the minimum wage of Central Government employees from the existing Rs 18,000/ – to Rs 21,000/ and fitment formula from 2.57 to 3.00, which shall be implemented from 1st January 2018. The same shall be announced in the National Anomaly Committee due on 9th of October.