Payment of arrears of pension in cases where valid nomination has not been made: PCDA Circular No. 194 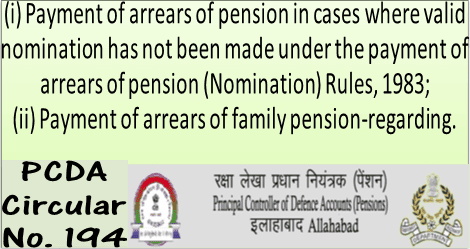