M. UDHAYAKUMAR
Will the Minister of DEFENCE be pleased to state:-
(a) whether the Government has withdrawn the controversial order that downgraded the military officers in comparison to their civilian counterparts in the Armed Forces Civil Services and if so, the details thereof;
(b) whether the said order had caused a lot of heartburn over the entire issue of rank equivalence in the armed forces and led to widespread anger in the armed forces; and
(c) if so, the details thereof?

MINISTER OF DEFENCE (SMT. NIRMALA SITHARAMAN)
(a) to (c): A Statement is laid on the Table of the House.
(a) to (c): The communication dated 18th October 2016 was issued by the Government explaining the existing functional equivalence being followed at Service HQrs for the limited purpose of assigning duties and
responsibilities with respect to Armed Forces Headquarters Civil Service posted at the Service HQrs. The said Note of 18th October 2016 has since been withdrawn vide an order dated 4th January 2018 to avoid scope for ambiguity and resultant misunderstanding. 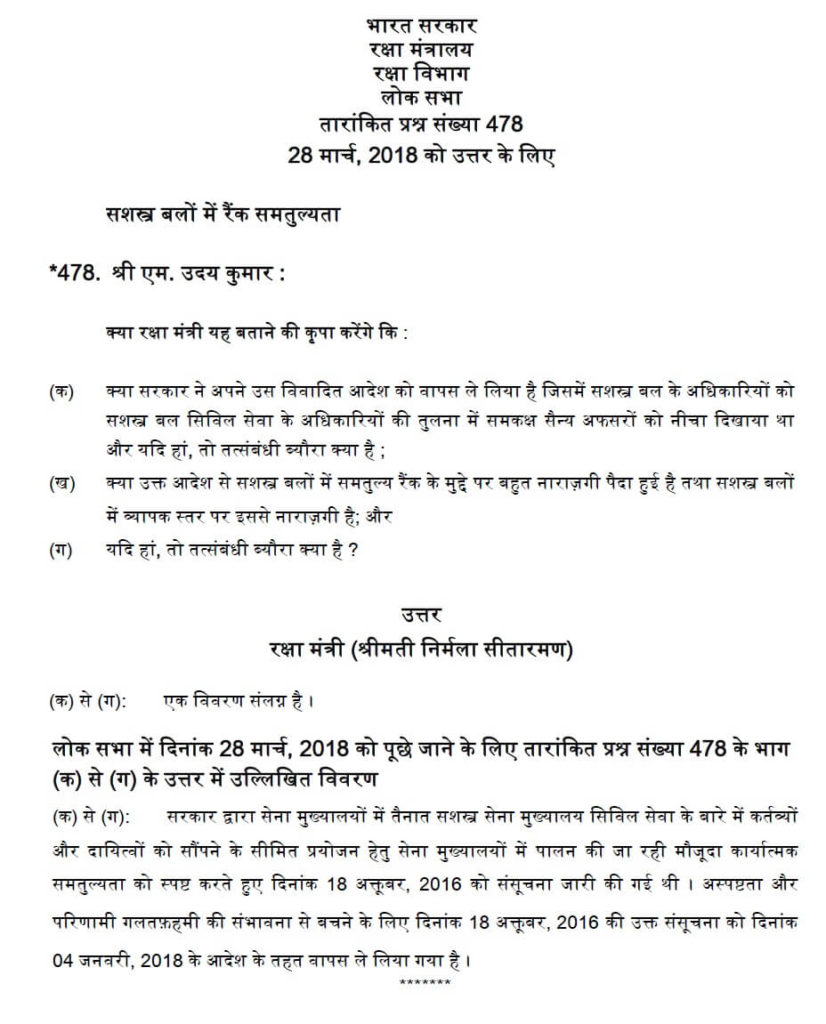