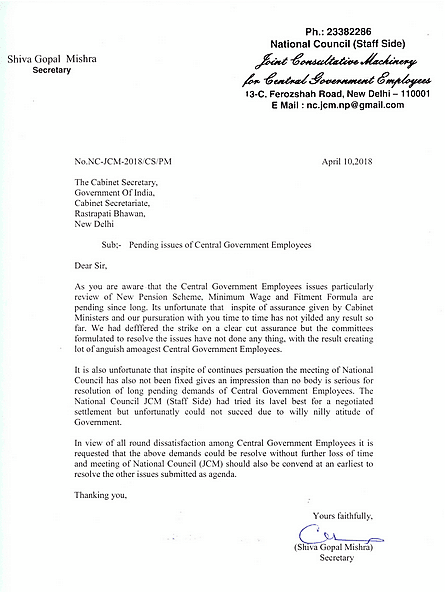 Loading...
Newer Post
Review of Minimum Wage & Fitment Formula depends on political call and review of NPS is under finalization
Older Post
Reiteration of instructions relating to application of own merit in Direct Recruitment for appointment of Other Backward Classes (OBCs)