Scrapping of New Pension Scheme – Govt. is not in favour of the proposal, stated the benefit of NPS

MINISTER OF STATE IN THE MINISTRY OF PERSONNEL, PUBLIC GRIEVANCES AND PENSIONS AND MINISTER OF STATE IN THE PRIME MINISTER’S OFFICE
(DR. JITENDRA SINGH)
(a) to (d): Representations have been received regarding the implementation of National Pension System (NPS) which, inter alia, include demand that NPS may be scrapped and the Government may re-introduce old defined benefit pension system.
Government has made a conscious move to shift from the defined benefit pay-as-you-go pension scheme to defined contribution pension scheme, now called as National Pension System (NPS), after considering the rising and unsustainable pension bill. The transition also has the added benefit of freeing the limited resources of the Government for more productive and socio-economic sectoral development.
There is no proposal to replace the NPS with old pension scheme in respect of Central Government employees recruited on or after 01.01.2004.
(e): National Pension System (NPS) had been designed giving utmost importance to the welfare of the subscribers. There are a number of benefits available to the employees under NPS. Some of the benefits are enlisted below:
The amount of monthly annuity payable to a Government servant on exit from NPS depends upon various factors such as accumulated pension wealth of the Government servant, portion of accumulated pension wealth utilized for the purchase of annuity and the type of annuity purchased.
Under the defined benefit pension system applicable to Government servants appointed before 01.01.2004, pension is calculated based on qualifying service and the last pay drawn by the Government servant.
****** 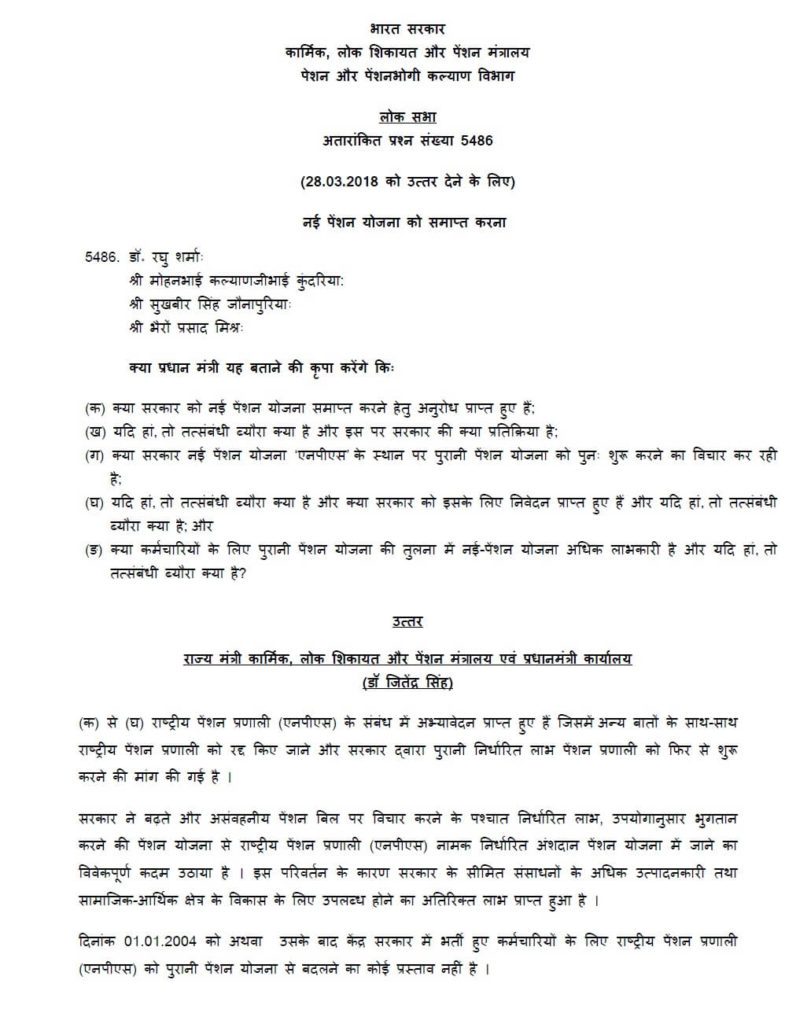 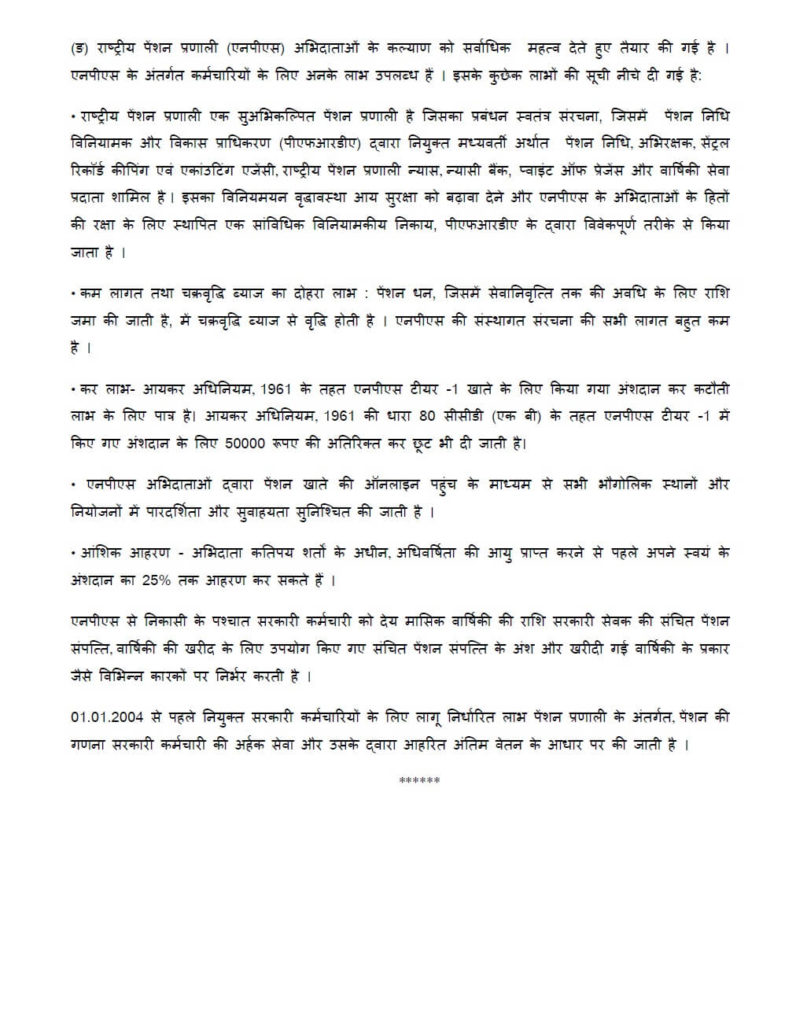