(Establishment-I Branch)
No. 107/E-9/Estt.-I/DHC
Date: 27.01.2018
CIRCULAR
In partial modification of circular No. 608/E-10/Estt.-I/DHC dated
17.08.2017, it is hereby circulated for information of all concerned that
O.M.F.No. 35034/3/2015-Estt.(D) dated 27/28.09.2016, issued by the
Government of India, Ministry of Personnel, regarding upgradation of
benchmark from “Good” to “Very Good” under the Modified Assured Career
Progression Scheme (MACPS), is applicable w.e.f. 1st January,
2018. The required grading of “Very Good” will be applicable only in
respect of ACRs from the current year, i.e. 2017 onwards. For earlier years
grading of “Good” upto the grade pay of Rs.6600/- (pre-revised), will be
treated as qualifying/ eligibility criteria for the benefit under the MACP
Scheme. 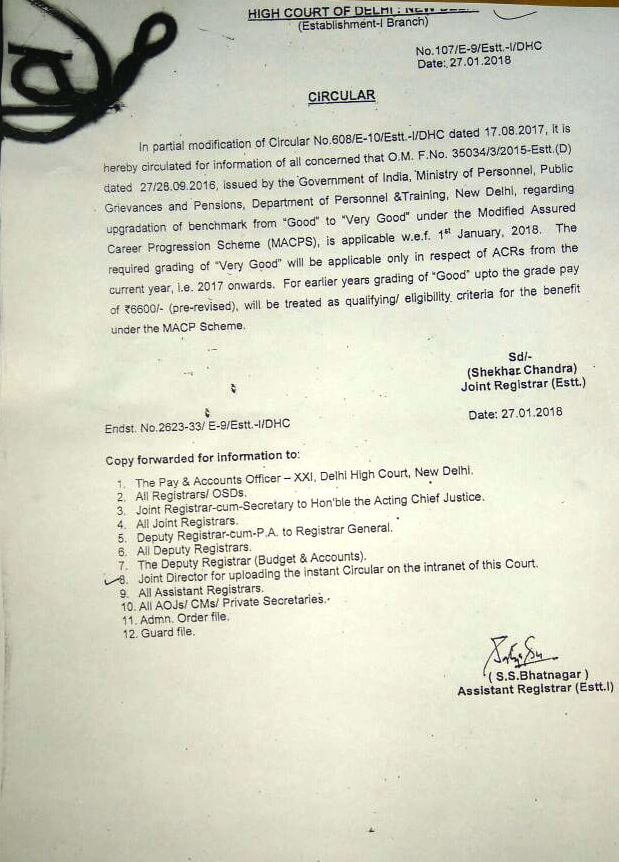