BSNL: Review of extension of without voucher medical facility to Retired Employees

Sub: Review of extension of without voucher facility to Retired Employees.


Facility of extension of without voucher facility which was withdrawn vide EF Branch letter No. 7-8/2010/EF/Part/l dated 5.9.2011 was revived vide this office OM of even no. dated 11th April 2017 to retired employees and it was decided that the decision will be reviewed after six months.
The issue was reviewed, there has been an increase in expenditure on this account. Whether to continue the scheme for the year 2018-19 and if it is continued the quantum of allowance to be paid is under active consideration. It is learnt that the last two quarterly instalments payable to the optees (retired employees) for the year 2017-18 have not been released. To avoid inconvenience to retired employees, it is therefore requested that two instalments due may be released. Decision on continuation of the scheme and other related issues will be conveyed immediately after its approval.

This issues with the approval of the Competent Authority. 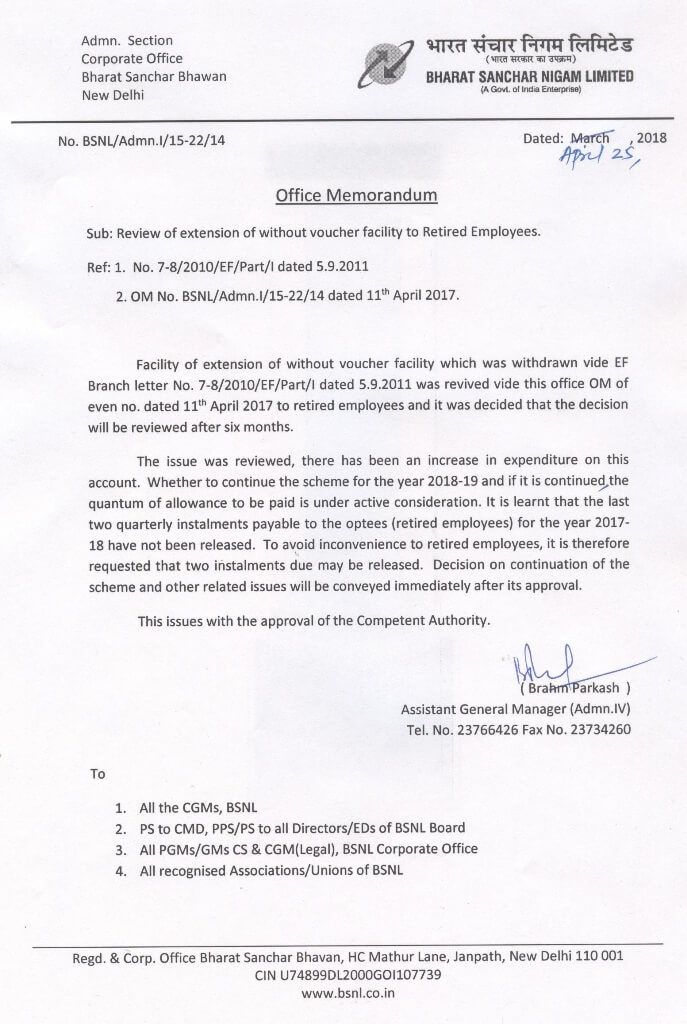 Loading...
Newer Post
Amendment in the Payment of Gratuity Act, 1972- enhancement of ceiling of the payment of Gratuity to the employees of CPSEs thereon
Older Post
DoPT: Status of Cadre Review proposals processed as on 30.04.2018