Reference is invited to Department of Expenditure, Ministry of Finance Office Memorandum F No. 25-2/2017-IC/E.III(A) dated 18th June, 2018 issued in pursuance of recommendation of 7th CPC as contained in Para 11.12.140 of the report and Government Resolution No. G.I., M.F., No. 1-2/2016-IC dated the 25th July, 2016. In accordance with the ibid O.M., the revised pay scales of the post of Assistant Accounts Officers in Central Civil Accounts Service in the pay structure of 7th CPC w.e.f. 01.01.2016 would be Level 8 of Pay Matrix and Level 9 on completion of 4 years in Grade Pay of Rs.4800/-(PB-2)/Level 8 subject to the following parameters:-
(i) The grant of Non-Functional Upgradation in Pay Level 9 shall be admissible to the AAOs of CCAS on completion of 4 years of approved service from the date of joining as AAO, subject to their vigilance clearance. The aforesaid non-functional upgradation to AAOs is effective from 01.01.2016.
(ii) Necessary amendment to CCS(RP) Rules, 2016 shall be issued by the Ministry of Finance, Department of Expenditure in due course.
(iii) The benefit of pay fixation admissible as per Rule 13 of CCS Revised Pay Rules, 2016 shall be available at the time of grant of non-functional upgradation.
(iv) The orders for grant of non-functional upgradation to AAOs shall be issued by the Appointing Authority i.e. Chief Controller of Accounts or Joint Controller General of Accounts as the case may be. While issuing orders, i t may be ensured that none of the circumstances for adoption of sealed cover procedure exists and the official is not undergoing any penalty under CCS(CCA) Rules, 1965.
This issues with the approval of the competent authority.
(Suresh Kumar Gupta)
Senior Accounts Officer 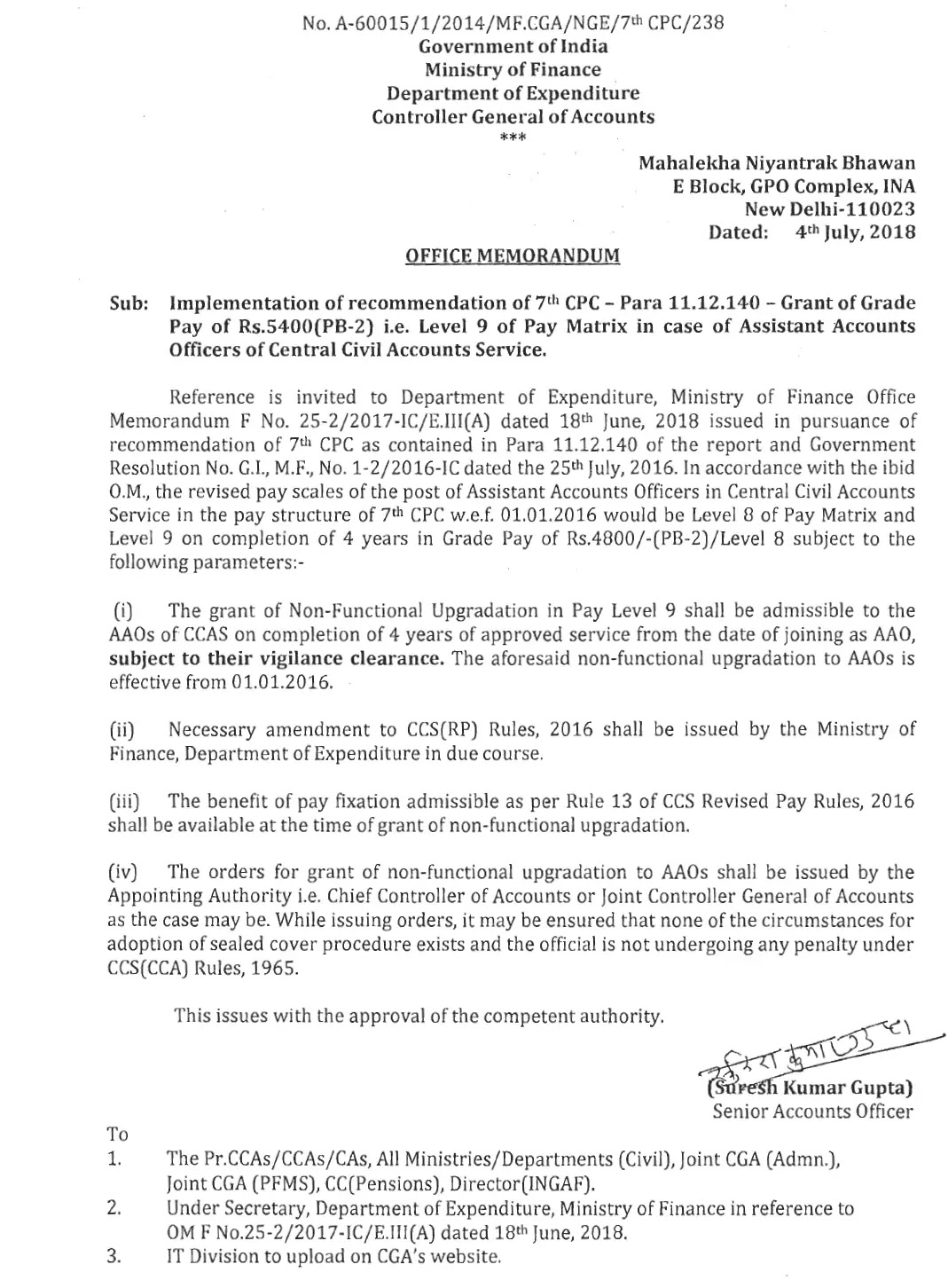