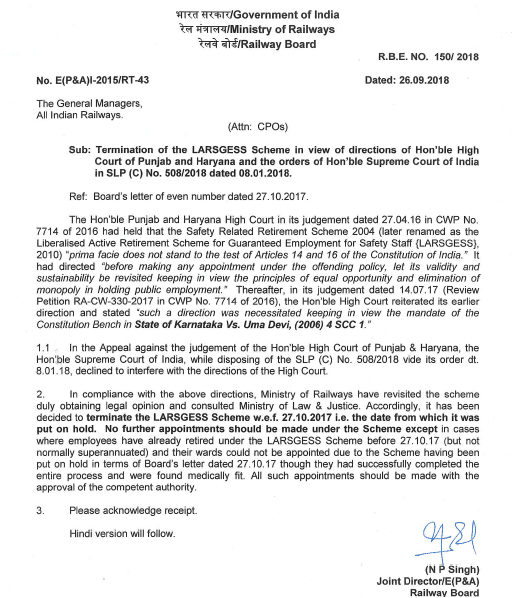 Loading...
Newer Post
Induction of Trackmen into other departments – Railway Board Order RBE 146/2018
Older Post
Denial of payment of 7th CPC Breakdown Allowance to the staff working in GP 2000/Level 3