Reference is invited to Ministry of Defence O.M. of even No. dated 22 .3.2018 .
In this connection , it is stated that the option is to be exercised within three months from the date of promotion, to have pay fixed under these provisions from the date of such promotion or to have the pay fixed from the date of accrual of next increment in the scale of the pay in lower grade.
2. For all personnel who have been promoted in the interim period (from 01 January 2016 until the issuance of this O.M.), the option is to be exercised within six months of issuance of this O.M. Further, option for pay fixation on promotion, once exercised is final.
3. This issues with the concurrence of Defence (Finance) vide their I.D. No. 1(8)/2017-AG/PA-35 dated 05.02.2019 .
Yours faithfully,
(Arun Kumar)
Under Secretary to the Govt. of India 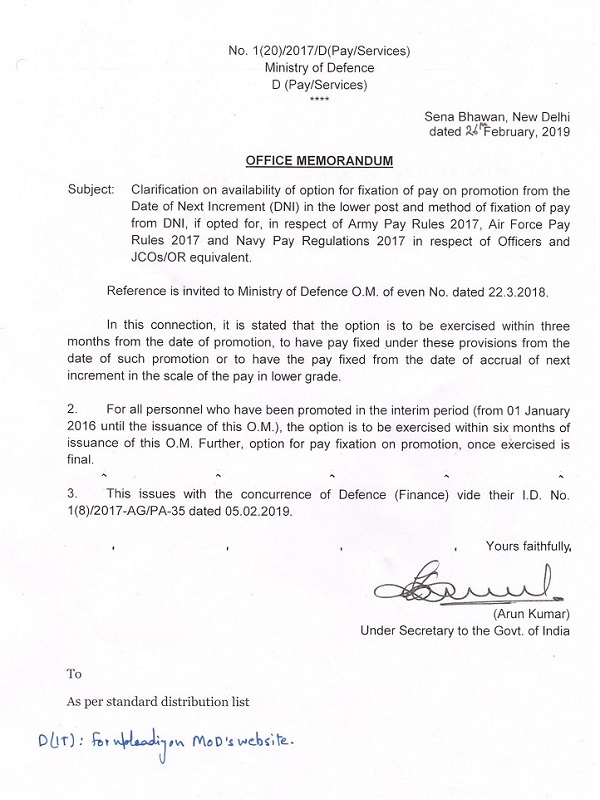