Fixation of pay at the time of regular promotion/NFSG i.r.o. officials who benefited under MACP Scheme: Clarification by DoPT and seeks data in this regard

Subject: Seeking data regarding fixation of pay at the time of regular promotion/ grant of NFSG in respect of officials who are already granted the benefit under MACP Scheme -regarding

As every financial upgradation including Non-Functional upgradation (NFS/NFSG) is treated as an offset against financial upgradation under MACP and also keeping in view the fact that the spirit of the para 4 of MACP was to disallow the double benefit of pay fixation, is stated that practice followed by Ministry/Department for pay fixal’1on as shown in the table against sl. no. (b) in para 1 above is erroneous. Therefore, the pay should be fixed in the following manner:-
4. In view of above, all the cadre units of CSCS are requested to take necessary action as advised in the para 3 above. Simultaneously, they are also requested to send the information as per the format given in the Annexure-I to this OM for further examination of the issue of recovery of pay for taking a view at this end. The information may be sent latest by 09.09.2019 positively. In case of no information, ‘Nil’ report is required to be sent by the stipulated date.
(Vasanthi V Babu)
Under Secretary to the Govt. of India 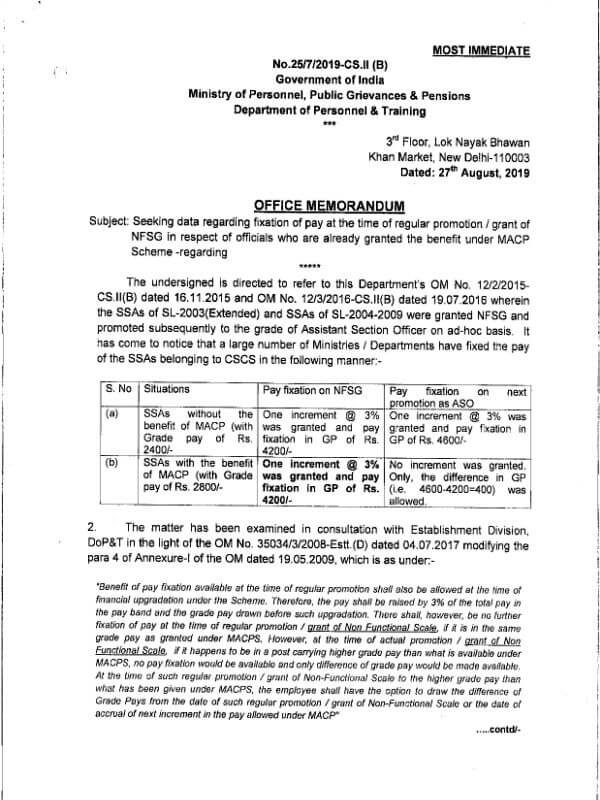 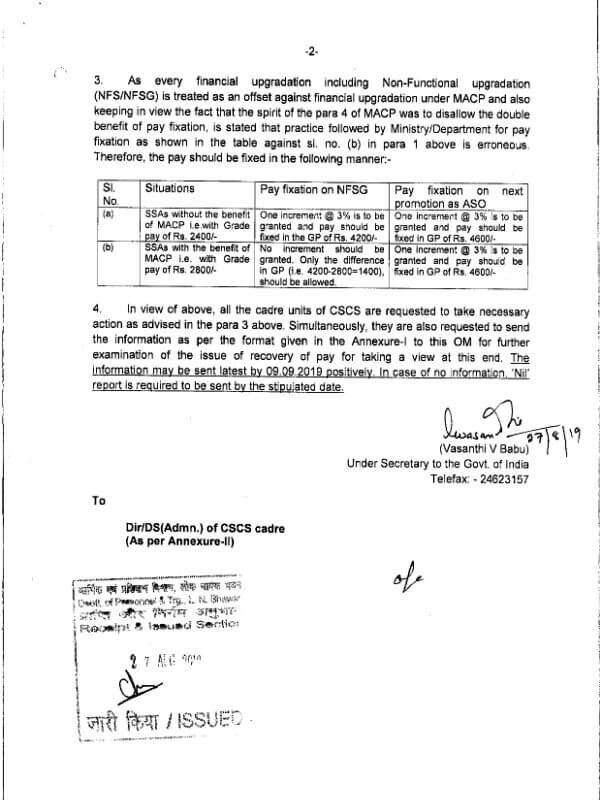 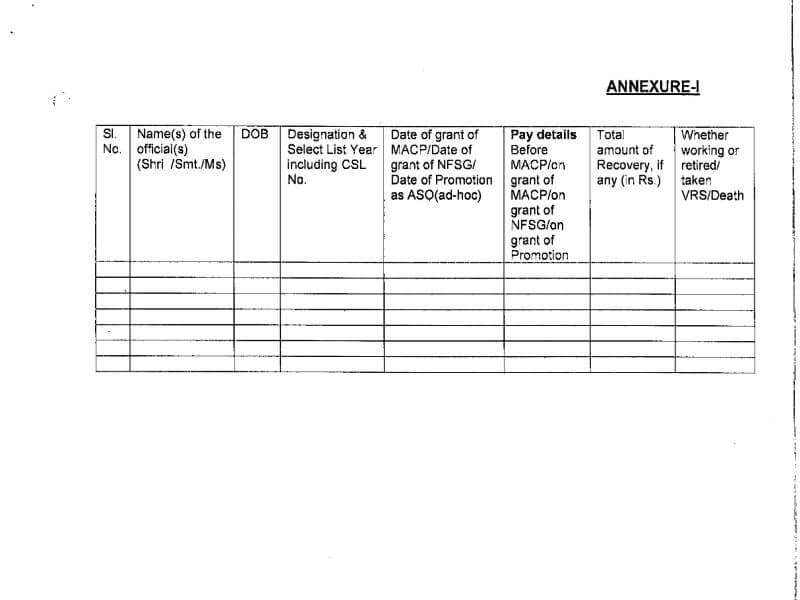 Loading...
Newer Post
Filing of report for shortage/excess of cash during duty at booking counters: Railway Board
Older Post
Adjustment of Air Fares of Tickets booked through Defence Travel System on account of TD/PD/LTC