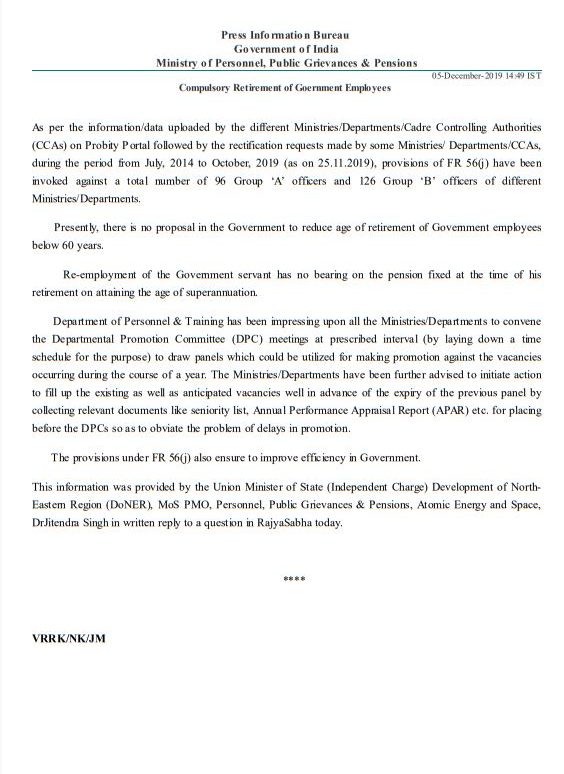 Presently, there is no proposal in the Government to reduce age of retirement of Government employees below 60 years.

Re-employment of the Government servant has no bearing on the pension fixed at the time of his retirement on attaining the age of superannuation.

Department of Personnel & Training has been impressing upon all the Ministries/Departments to convene the Departmental Promotion Committee (DPC) meetings at prescribed interval (by laying down a time schedule for the purpose) to draw panels which could be utilized for making promotion against the vacancies occurring during the course of a year. The Ministries/Departments have been further advised to initiate action to fill up the existing as well as anticipated vacancies well in advance of the expiry of the previous panel by collecting relevant documents like seniority list, Annual Performance Appraisal Report (APAR) etc. for placing before the DPCs so as to obviate the problem of delays in promotion.

The provisions under FR 56(j) also ensure to improve efficiency in Government. 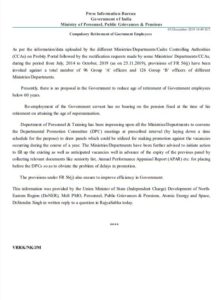