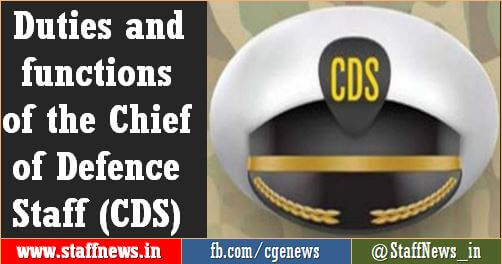 Duties and functions of the Chief of Defence Staff (CDS)

Duties and functions of the Chief of Defence Staff (CDS) 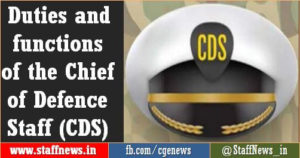 The duties and functions of the Chief of Defence Staff (CDS) include the following:

The mandate of the Department of Military Affairs inter-alia includes “Facilitation of restructuring of Military Commands for optimal utilisation of resources by bringing about jointness in operations, including through establishment of joint/theatre commands”.

This information was given by Raksha Rajya Mantri Shri Shripad Naik in a written reply to Shri K J Alphons in Rajya Sabha today.