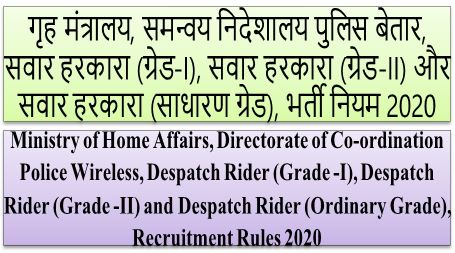 G.S.R. 104.—In exercise of the powers conferred by the proviso to article 309 of the Constitution and in supersession of the Class III posts [Directorate of Co-ordination (Police Wireless)] Recruitment Rules, 1962 in so far as they relate to the posts of Despatch Rider except as respects things done or omitted to be done before such supersession, the President hereby makes the following rules regulating the method of to recruitment to the posts of Despatch Rider (Grade I), Despatch Rider (Grade II) and Despatch Rider (Ordinary Grade) in the Directorate of Co-ordination (Police Wireless), under the Ministry of Home Affairs, namely:-

(2). They shall come into force on the date of their publication in the Official Gazette.

Provided that the Central Government may, if satisfied that such marriage is permissible under the personal law applicable to such person and the other party to the marriage and there are other grounds for so doing, exempt any person from the operation of this rule.

5. Power to relax .—Where the Central Government is of the opinion that it is necessary or expedient so to do, it may, by order, for reasons to be recorded in writing, relax any of the provisions of these rules with respect to any class or category of persons.

6. Saving .—Nothing in these rules shall affect reservation, relaxation of age limit and other concessions required to be provided for the Scheduled Castes, the Scheduled Tribes, Other Backward Classes, Ex-Servicemen and other special categories of persons in accordance with the orders issued by the Central Government from time to time in this regard. 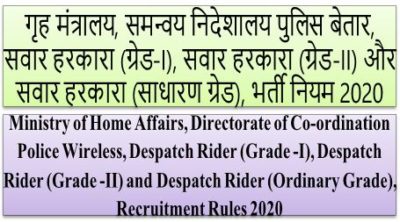